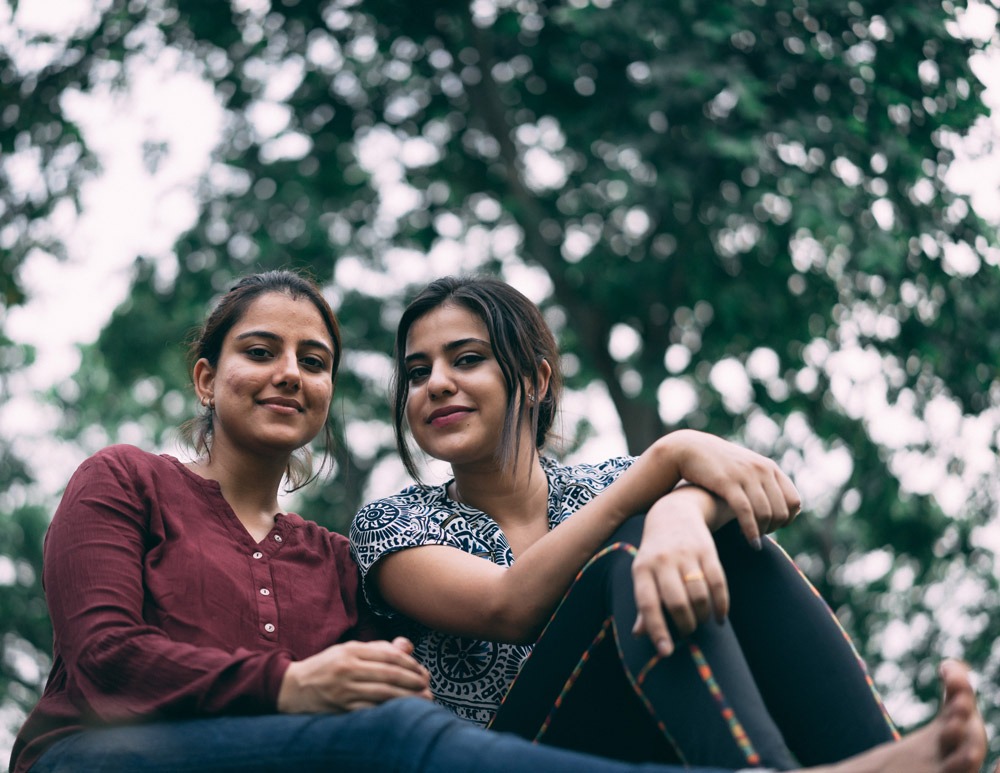 In 2020, the word “caste” appeared in unexpected places: Oprah’s reading list, NPR’s Fresh Air, The New Yorker. Much of caste’s newfound popularity can be traced to scholar Isabel Wilkerson’s award-winning 2020 book Caste: The Origins of Our Discontents, which proposes that US racism is a caste system like the one that originated and flourished in South Asia.

Wilkerson’s book has certainly put the term caste into public use, but this has come at a cost. Critics note that Wilkerson makes caste into a catch-all concept, a “shorthand for all forms of subjection…regardless of history, context, geography, and form.” This approach treats caste as a free-floating analogy purely for scholarly use.

For caste-oppressed people (Dalits), however, there is nothing abstract about caste: it is a material and often violent reality they face at the hands of dominant castes (savarnas). In 2000, a study found that savarnas murdered two Dalits, raped three Dalit women, and torched two Dalit homes each day. Moreover, they assaulted two Dalits every hour. Things have only gotten worse. In 2020, a Dalit was assaulted every ten minutes. Young Dalit girls continued to be raped and murdered with impunity. Inter-caste marriages still drew violent retribution from dominant-caste people (also known as savarnas). Dalits are assaulted, or worse, for building homes, working food service jobs, celebrating weddings, or even having their cattle stray into a savarna family’s pasture.

The pervasiveness of caste-based harassment and abuse is a continuation of a centuries-long history of Dalit oppression. Indeed, the clearest resonance between race and caste—often missed by scholars trying to compare the two—is that both stem from legacies of slavery and forced labor. Much like US plantations, many fields in the Indian subcontinent were also worked by bonded laborers who were almost always (and still are) Dalits. Like African Americans, Dalits were not permitted land, homes, education, or political rights. Understanding caste as akin to race in this way helps us understand the structural disadvantage Dalits face today. A 2017 book by social scientists Alpa Shah and Jens Lerche shows that Dalits and Adivasis (indigenous people) were starkly overrepresented amongst the poor. At the start of the millennium, 82 percent of Dalits and Adivasis fell under the international poverty line of two dollars per day.

Caste, like race, is a historically generated disadvantage that is reproduced in the present through ongoing economic, social, and political oppression. Such an understanding of caste shows us why it is akin to race in the US—and why it not only persists but flourishes in times of the far right’s ascendance, both in India and abroad.

Because casteism results in material oppression in the workplace, it often produces discrimination of all kinds. Anti-caste activism shows that working people rising up to demand dignity for all is one of the best weapons against casteism—which is why labor unions are in an advantageous position to fight it in US culture.

Caste in the US

In India, the castes at the bottom of the ritual hierarchy designated by the Indian government as Scheduled Castes, Scheduled Tribes, and Backward Castes make up around 90 percent of the population and constitute the majority of the poor.

These caste proportions are reversed in the US. There are an estimated 5.4 million South Asians in the US. The majority are of Indian origin at over four million, followed by Pakistanis at approximately 500,000. It is one of the fastest growing immigrant communities in the US, growing by 40 percent in seven years—from 3.5 million to 5.5 million between 2010 and 2017. A recent survey on Indian Americans estimates that up to 80 percent of the diaspora population are from an “upper caste” background.

This places the number of immigrants from the Indian “lower castes” in the US at around 400,000. Significantly, nearly half of respondents in this survey identified with a caste grouping, underscoring caste as an important social marker and identity among South Asians in the US.

South Asian immigration has historically been from the “upper castes” because of the social and financial capital needed to migrate, but the number of immigrants from the Scheduled and Backward Caste communities is increasing. Immigrant workers in blue collar and service jobs, as well as undocumented workers in low-wage jobs, are also estimated to be largely comprised of members from the “lower castes.”

These caste-related demographic changes over the last two decades set the backdrop for the potential of caste-related conflict in the US. Such conflict is not new in the diaspora; a 2006 initiative to update language around caste in California school textbooks evoked intense controversy with some Hindu organizations, arguing among other things that teaching about caste leads to bullying of Hindu children.

Caste-related conflict in the US has only intensified in the past decade. Notable developments include a caste-discrimination lawsuit against tech company Cisco by the State of California; a federal lawsuit against a major Hindu temple foundation for trafficking and using “lower caste” immigrants as captive and near-free labor for building elaborate temples; and several university-based institutions recently adopting language to include caste as a category protected from discrimination on their campuses.

Caste Protections in US Higher Education

Institutes of higher education have been identified through these investigations as sites of potential caste discrimination. Things take an interesting turn in such settings because of legal jurisdiction of US anti-discrimination laws over educational institutions, especially around the concept of protected categories. Students and student workers can be in precarious positions, especially if they are on international student visas. Relationships such as professor-student and advisor-advisee can also be fraught with power imbalances with few formal protections.

In an egregious case from 2018, a senior Indian professor was charged with treating his Indian students, advisees, and student workers as “servants” for decades—even allegedly using them as house-help. While a caste angle was not explored, students in this case identified their vulnerable immigration status as one reason why they put up with it.

Historical migration patterns from “upper castes” ensure that most South Asian professors and administrators in the US are from upper-caste communities—and they are now in positions of power over an increasingly caste-diverse student and worker body. This creates the potential for caste discrimination. Indeed, educational institutions are sites of very intense caste conflict in India, which continues to see high rates of suicides from university students from “lower castes” after incidents of caste discrimination.

Adding caste to anti-discrimination policies by including the term in the list of existing protected categories like race and gender has been one way that administrators have been engaging with the changing South Asian demographic on their campuses. The question of protected categories has attracted significant attention, not least due to the Cisco lawsuit. Here, the plaintiff reported a case of alleged caste discrimination to human resources, who subsequently dismissed the claim on grounds that caste was not a protected category. Opponents to the specific mention of caste in anti-discrimination policies argue variously that the problem is not widespread, that it could be covered under other categories like race, and that caste mostly operates in non-regulated fields. They also argue that prominent caste discrimination protections in the law could lead to a resurgence of casteism when it’s on its way out in the diaspora.

For proponents of caste as a protected category, it offers recourse for grievances not currently accorded and provide visibility to an issue that has been difficult to explain to the general US public. Further, formal protections have a normative effect: institutionally prohibiting caste discrimination has a preventative and protective effect, even without actual prosecution of offenders.

Given the pace at which caste discrimination cases are coming to light in the US, adding caste as a protected category should be an obvious choice for any institution committed to rooting out discrimination and promoting equality. In practice, however, those trying to include caste as a protected category face obstacles from many fronts at even the most well-meaning institutions.

For example, in 2001, anti-caste activists and NGOs took the floor at the United Nations advocating—ultimately unsuccessfully—for “caste” to be included under the UN’s definition of work- and descent-based discrimination. Activists made another effort in 2007, this time to add caste to a UN report on hereditary discrimination. This effort also failed. In both instances, anti-caste activists’ biggest opponent was their own government. Indian officials not only vehemently rejected that caste was a form of descent- or race-based discrimination, they also held that caste—as India’s “internal” problem—should not be discussed in international forums at all.

The Indian government’s stance on caste recognition is only one part of savarna-supremacist efforts to invisibilize the reality of caste. Savarna and Hindu nationalist groups regularly invent new ways to oppose efforts to challenge casteism. For instance, the Hindu American Foundation (HAF), an advocacy group with ties to Hindu nationalists in India, has pioneered using accusations of “Hinduphobia” to silence anti-caste activism—much as how Zionists deploy bad faith accusations of “anti-Semitism” to silence anti-occupation activism.

HAF’s convoluted “Hinduphobia” maneuver of performing egalitarianism while actually advancing casteism has gained popularity in Hindu American circles, and perhaps even beyond. When negotiating a contract with Harvard University’s all-white bargaining team, Harvard Graduate Students’ Union asked that caste be included as a protected category under the Non-Discrimination clause of the contract. In response, Harvard’s lawyers made many of the same arguments that HAF makes to oppose caste protections: Isn’t caste already protected under “ancestry” or “ethnicity?” Isn’t it the same as “class?” Doesn’t “national origin” cover caste? Doesn’t “religion?”

The union won the day by explaining—with the help of a presentation by allies at Equality Labs—that caste discrimination can happen between people who share the same religion, nationality, class, ethnicity, or even ancestry. Once the union showed that caste discrimination is real enough to merit its own mention—and yet capacious enough to not be confined to any one religion, nation, or custom—Harvard’s team agreed to introduce the new protected category.

The caste protection fight at Harvard was not with savarna Hindus, but it still showed the pervasiveness and reach of savarna Hindu talking points in public conversations about caste. Mapping out and contending with this landscape of opposition is a crucial step of any fight to add caste as a protected category.

The Place of Labor Unions in This Fight

The Harvard Graduate Students’ Union’s success in adding caste as a protected category under their collective bargaining agreement represents a landmark win in several ways. The win sets a strong precedent on which anti-caste activists at other large US universities can build. Perhaps even more importantly, the win shows that there is a place for unions in the fight against casteism.

Including “caste” in a student handbook or a mission statement is not the same as including it in a legally enforceable union contract. Mission statements can be ignored and school handbook policies are not always enforceable, but union contracts have teeth: they carry the threat of labor arbitration with binding sanctions and remedies. If a student worker at Harvard comes forward with a case of caste-based harassment, they will now have the support of a union officer in filing and arguing their grievance, seeking remedies at the University level, and appealing to an external mediator or arbitrator if the University does not address the case properly.

Casteism is a structure of material harm—lower wages, worse jobs, regular harassment—which necessitates real remedies. As collectives that exist to fight for workers’ material rights, labor unions are uniquely positioned to combat casteism and get reparative justice for caste-oppressed people, both at institutions of higher education and other workplaces. If the history of successful anti-caste movements is any indication, working people rising to demand dignity for all is one of the best tools in the anti-caste arsenal. In the hands of US labor unions, this tool could be just what is needed to combat casteism in the US and beyond.