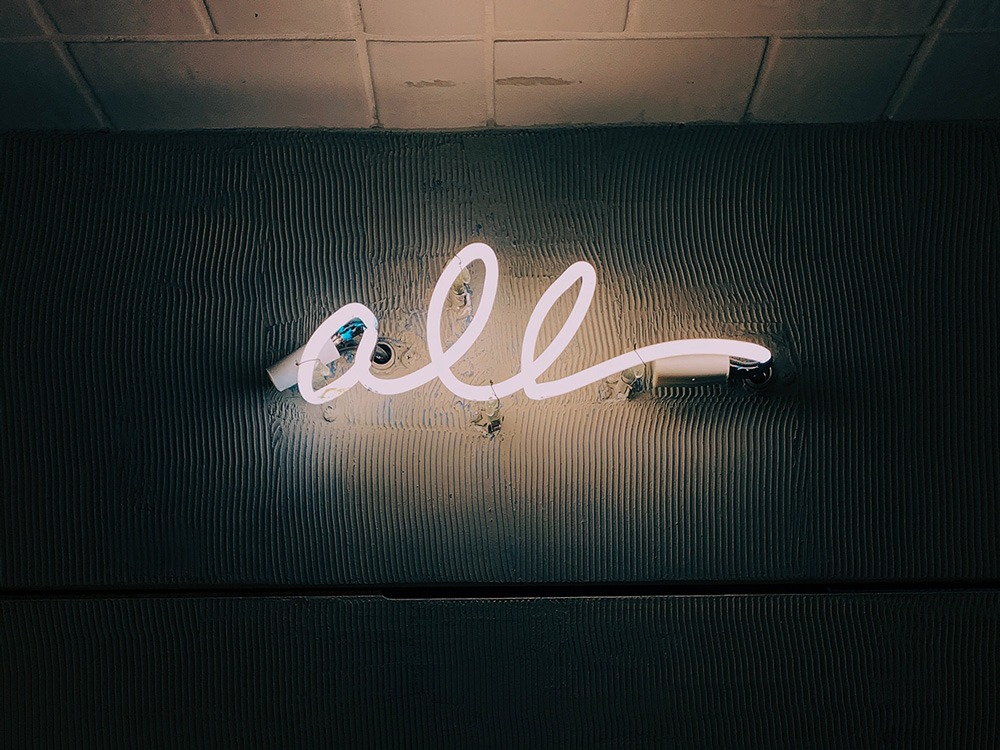 With this article, we conclude our series—The Promise of Targeted Universalism: Community Leaders Respond—that NPQ is publishing in partnership with the national racial and economic justice nonprofit Prosperity Now. In this series, writers have examined how targeted universalism—a narrative framework that advocates the use of targeted approaches to achieve universal goals—can inform efforts to close the racial wealth gap, community by community.

The onset of the COVID-19 pandemic and the racial justice uprising following the murder of George Floyd have laid bare longstanding issues that have plagued our nation. These events revealed for all to see the high costs of racism, economic inequity, and injustice. Take, for instance, my home state of South Carolina:

With the disruption brought on by the pandemic, many, including President Joe Biden, have sought a return to “normalcy.” But what is “normal?”

For too long, “normal” has been a country where Black families have less than an eighth the wealth of our white neighbors and face disadvantage at every turn. Nor is structural racism the only problem with “normal.” More broadly, the US represents its “brand” as being a global leader—a democratic republic for the world to emulate. But this claim does not hold up well to scrutiny. It is time for the US as a society to assess its own organizational health.

To truly understand the health of any organization, one must conduct an audit or a checkup to determine its resiliency, its capacity to handle change, and ability to sustain life over the long haul. After 245 years of the “American experiment,” an audit of the systems, policies, and practices that have led to our current state of normalcy is necessary. And based on the above data, and other comparable numbers, the United States could be on a trajectory of being found in non-compliance with its mission, vision, and values—and risks eventual insolvency.

The nation’s founding was premised on the notion of equality, but we know better. Among the “self-evident” truths is the fact that this nation was intentionally designed by white male founders to support their dominance, resulting in the continued enslavement of Africans and the dispossession and genocide of Native Americans. This “normality” is not sustainable for the nation if it is not addressed. Changing this trajectory requires that we reimagine America.

To reimagine America, we must build with equity in mind. What this means is that, rather than turn a blind eye to existing gaping inequality, we must take remedial action to address it. A more equitable nation for marginalized people does not mean second-class citizenship for white Americans; such a notion is rooted in a scarcity mindset instead of an abundance mindset. In fact, advances in civil rights and social justice helped the marginalized of all races. For me, this goal is also rooted in my faith, and the theology of the Black Church, which recognizes that all of God’s children have value.  This ethic is also part of the values of the South Carolina Association for Community Economic Development (SCACED), which I direct.

In policy terms, true equity involves building on the notion of targeted universalism, as conceived by john a. powell, Stephen Menendian, and Wendy Ake of the University of California, Berkeley. Described simply, equality is a universal goal, but the means to achieve that goal must be targeted to address the enormous real-world gaps between that ideal and the present-day inequality the country faces.

The phrase “targeted universalism” may sound academic, but as someone who has worked for decades as a practitioner in community economic development, it resonates. Indeed, SCACED has been practicing elements of this approach long before the theory of targeted universalism was developed.

SCACED is a statewide trade association and advocacy nonprofit comprised of over 150 local member groups, whose mission is to improve the quality of life for poor and marginalized South Carolinians. Ours is a conservative state, whose legislature is controlled by the Republican Party. The state is not known for advancing policies that provide poor and marginalized citizens equitable access to resources.

How do we operate in such circumstances? First, at SCACED, our vision statement is cast in the form of a universal policy goal, one that calls for all South Carolinians to enjoy equitable “access to the tools and resources needed to create a vibrant and prosperous life.” This goal helps us to engage both Democrats and Republicans on legislation that will help the state reach this goal. One victory we have had was to get the state legislature to pass a statewide Community Development Tax Credit. This credit was first established in 2000. In 2021, funding was renewed, with the state government authorizing an additional $1 million tax credits for 2021, and $2 million a year for tax years beginning after 2021.

The legislation provides state certified community development corporations (CDCs) and community development financial institutions (CDFIs) with a tool that they can use to attract private capital into their organizations to enable them to build affordable housing for low-income residents, help low-wealth individuals start micro and small businesses, help single mothers build assets for her family, and much more. For their investment, South Carolina taxpayers (wealthy individuals and corporations) receive up to a 50-percent credit against their state tax liability.

This policy, of course, represents a compromise. It advances equity for marginalized groups while giving wealthy individuals and corporations a tax break in exchange for their investment. These investments resulted in 171 jobs, 309 units of affordable housing, and $1.9 million in small and micro business lending. The gains, though modest, have meant a lot for program beneficiaries.

I’m proud of what we have accomplished. Yet I’d be lying if I did not say that I am also deeply frustrated. The data tell us, for example, in my home state of South Carolina, that “people of color own 11 cents for every dollar that white people own.” To close those 89 cents will require a whole lot more than building a few hundred new units of affordable housing or providing a few million more dollars in microbusiness loans.

To truly reimagine the US economic, criminal justice, and social systems will result in discomfort. Following the summer of racial reckoning in 2020, some companies and institutions have finally begun to acknowledge that African Americans and other people of color have suffered for centuries from structural disadvantage. Today, some institutions are putting forward initiatives to explore ways to give people of color the ability to pursue prosperity equitably. But we must move from initiatives into permanent systems—and that will require addressing the equity gaps, one by one, until the principle of equal opportunity is matched by daily practice.

An organizational audit should begin with assessing where society currently is in comparison with the United States’ mission, purpose, and image. Founded as a democratic republic where, in theory, all citizens are equal with the right to life, liberty and the pursuit of happiness. So: is the organization (the US) acting in accord with its vision, mission, and values? Also based on the evidence of equality (or its opposite), is there any gap between the nation’s perception of itself and how the world views it? An audit would force an accounting of the obvious shortfalls.

A second element of the audit is governance. The US prides itself on self-governance, which in theory provides the means for all citizens, no matter their station in life, to have an equal and equitable voice in the governance of the country. We know the history of this nation when it comes to experience in denying certain people the franchise. Some remedies were provided, but even with history as our teacher, successful efforts were made (and are still being made) to dilute the vote of African Americans and other people of color under the guise of “voter fraud.” Now, more than ever, we need an audit conducted of our system of self-governance. To take my home state of South Carolina as an example, we know that in 2020, 26 percent of the voting public was Black, which roughly equals the Black percentage of the state’s population (27 percent). However, as in many states, voting rights in the Palmetto state are currently being threatened by pending legislation that, in the name of “election integrity,” would undermine democratic participation.

A third element of the audit is financial health. Not the balance sheet of the US government, but an audit of the financial systems that “promote the general welfare” of US citizens. With data showing that the wealthiest 10 percent in the US own almost 70 percent of the country’s total wealth, the systems that deploy capital and the policies that dictate income and enables wealth extraction from individuals and families require a closer look and analysis with an eye towards equitable change. This is particularly important given that the trend lines have been in the opposite direction. As Katharina Bucholz reports, “Looking at the development of U.S. wealth distribution since 1989, the rich have in fact gotten richer, with the top one percent expanding their wealth share from 24 percent to 32 percent. The next nine percent has remained more steady at around 37 percent of wealth held, while the 50-90 percentile has been holding less wealth—28 percent in 2019, down from 35 percent in 1989.”

A fourth and final element of the audit are policies, programs, and resources that are accessible and beneficial to all. If we audited the policies, programs, and services through an equity lens, we should ask the question, does this policy or program serve a diverse or narrow constituency? We may be surprised to see some of the systems and policies that are driving inequality. An organizational audit will reveal these inequities. As a 2020 report from Prosperity Now documents, the “federal government spends about $634 billion a year through the tax code promoting savings, retirement accounts, higher education, and homeownership-dollars which largely go to help wealthy, mostly white, households build wealth.” For example, the federal mortgage interest deduction cost the US Treasury $25 billion in 2019, 79 percent of which benefitted the wealthiest 20 percent of Americans.

After 245 years as a nation, the time has come to reimagine America. An organizational audit of the United States can help us get there. Of course, the data are known. But there is value, I believe, in putting a full accounting in one place. And then, from there, we can devise targeted strategies to close the gaps in the multiple areas where we as a nation have fallen short.

One thing is clear: Change is inevitable. And, as the saying goes, “we can either be part of the train, or part of the track.” A reimagined America can help the US build beyond normal and become a far more equitable society.

« Address Update
The Vital Role of Politics: How to Creatively Advocate in a Local Ecosystem »