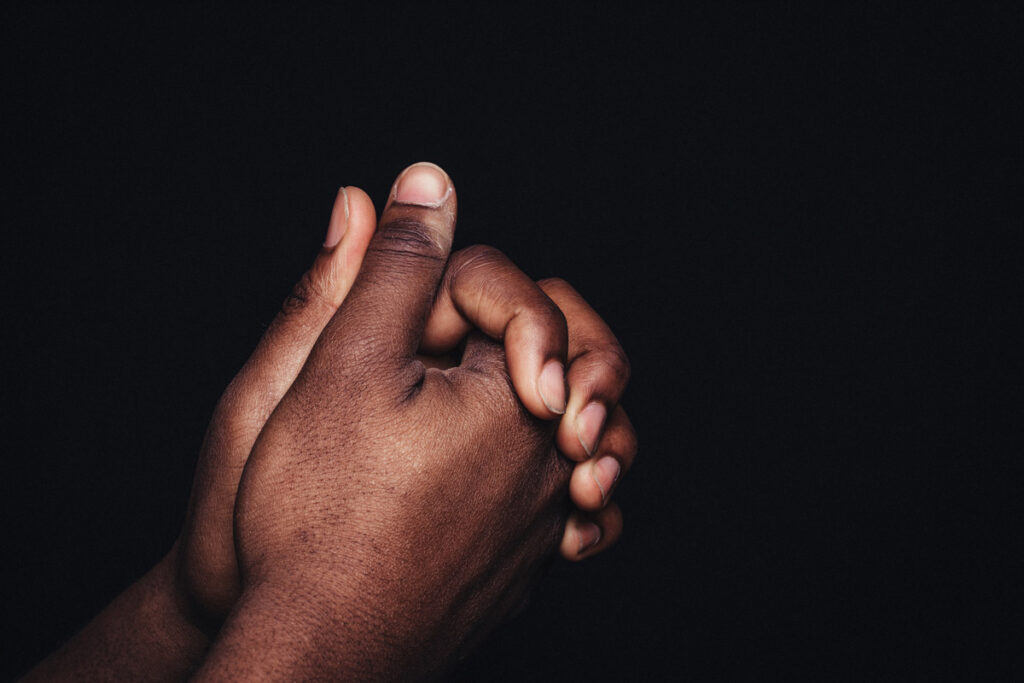 Public concern about systemic racial and economic inequities and their causes has increased in the past two years—particularly in the wake of COVID-19’s devastating economic impact and the police murder of George Floyd. Solving these deeply embedded, intersecting inequities necessitates real structural change at both the federal and local levels to dismantle barriers to economic stability and wealth building, especially those faced by Black people. The racial reckoning of 2020 created some momentum toward greater economic and racial equity in America, but, as always, hoped-for progress has been thwarted.

One proposal that has stalled, despite its central place in the 2020 Democratic primary debates, is reparations. If passed, H.R. 40 would study the impact of slavery and make recommendations for reparations, but the bill, which was first introduced in 1989, has been introduced every year since and still has not been brought to the floor for a vote.

While movement has been made toward reparations—the latest being a new report from a California reparations task force—the work to repair the harm perpetrated upon Black Americans by the US government is akin to a marathon, not a sprint.

Why is the journey toward a just country so painfully long? The issue is complex; there is no one answer. But the recent failure to extend the very popular and effective Child Tax Credit (CTC) expansion offers us some lessons—the largest being that we must shift our deeply rooted narratives about Blackness.

The expanded CTC gave monthly unrestricted funds of up to $300 per child to nearly every US household with children, boosting the incomes of families from the poor to the middle class and pulling millions out of poverty. Given our country’s vast economic disparities, the policy had an outsized positive impact, reducing poverty rates for Black and Brown children. The credit was an important start toward a social and political climate in which reparations could be passed. Its extension could have signaled that America was ready to see Black people as deserving of unrestricted cash payments.

However, despite the program’s efficacy, anti-Black sentiment prevented its extension. In particular, Democratic Senator Joe Manchin joined GOP senators in blocking the bill, reportedly due to his racist and sexist fear that parents would spend the money on drugs. (Data shows that in reality, parents spend the money on essentials like food and rent.)

Narratives containing Manchin’s cynical view of his constituents are not new; they have always been a key player in policy making. They contribute to our understanding of the world and reinforce economic policies that repeatedly leave Black people behind. The fight for CTC expansion highlighted that sexist, anti-Black narratives impact not only Black people, but all Americans by preventing us from building systems and passing policies that allow for shared prosperity and a fairer nation.

As the Insight Center highlighted in its recent report, Still Running Up the Down Escalator—co-authored by Duke University’s Samuel DuBois Cook Center for Social Equity—these narratives contain and reproduce some of America’s most deeply held social beliefs.

The economic liberation of all Americans—and Black Americans especially—is held back by the ideology of toxic individualism and associated calls to “pull yourself up by your bootstraps” and take “personal responsibility.” This ideology falsely asserts that people’s bad personal choices or moral failings lead them into poverty, ignoring the systemic and structural forces that result in generational poverty for most Black people. The bootstraps myth is a favorite of pundits and politicians, even though systemic injustice in this country means that most Black Americans struggle to educate or work their way off first base.

The idea that anyone can achieve economic prosperity through sheer determination and hard work profoundly influences our thinking about economic mobility and shapes policies and pathways to building wealth. These inaccurate narratives have driven decades of neoliberal policies that prioritize corporate bottom lines over society’s betterment, leading to the destruction of our social safety net.

The dominant narrative about race in the US is a narrative of racial progress. A 2019 statement from Senator Mitch McConnell exemplifies this view. The day before a historic House Judiciary Subcommittee hearing on reparations, McConnell stated his opposition to reparations, saying, “We’ve tried to deal with our original sin of slavery by fighting a civil war, by passing landmark civil rights legislation. We’ve elected an African-American President.”

Although we have made progress toward a more racially equitable country, like Senator McConnell, many Americans overestimate how much progress we’ve actually achieved.

In particular, racial economic gaps have closed far less than we think. A 2019 survey found that Americans significantly underestimated racial inequity, thinking that the Black-white wealth gap was 80 percentage points smaller than its actual size.

The effects of this ignorance are two-fold: it results in the denial of the breadth and depth of historic racism and the failure to recognize discrimination’s current impact. The racial progress narrative can be directly tied to the efforts of legislators across the country to water down our nation’s history by vilifying Critical Race Theory and distorting its intent. The powerful people behind these efforts realize that an honest portrayal of US history and contemporary structural racism would likely cause young people to hold different perceptions of racism than preceding generations, leading them to support efforts like reparations for Black Americans. By implication, challenging misconceptions of racial progress is crucial to implementing long-lasting progressive economic policies.

Conservative and neoliberal policymakers and advocates often frame programs such as the Child Tax Credit or guaranteed income as hand-outs. Yet, when predominantly white-owned companies are given billions of dollars in public grants and loans to avoid a collapse brought on by their poor business decisions—like choosing stock buybacks rather than saving for a rainy day—those giveaways are seen as bailouts necessary to keep the economy moving.

This narrative of deservedness is as old as the republic and impacts our policy decisions. Since the US’ founding, Black people—and other people of color—have not been seen as deserving of the same support white Americans receive. Take, for example, the fact that the federal government reneged on its promise of 40 acres and a mule to formerly enslaved Black Americans around the same time it passed the Homestead Act, which gifted large swaths of land to white people.

The notion that Black people are undeserving of government aid continues today in our public child support system. The federal government intercepts child support payments made to low-income families who receive public cash assistance from TANF (Temporary Assistance to Needy Families) to recoup that program’s costs. And like its forerunner programs, TANF became more and more punitive as Black women and other women of color enrolled in greater numbers, making it a prime example of a federal policy that puts our notions of deservedness to the test. Our government simply does not believe that Black families deserve public aid and therefore takes money away from young children—via families receiving child support—to offset a public goods program.

We also see this narrative spun in contemporary economic policy discussions around work requirements. In last year’s debate over the expanded Child Tax Credit, Senator Manchin stated he was opposed to extending the policy without work requirements attached. Yet, research has shown that the program did not lead to lower labor force participation.

This nation was founded on the idea that we all are deserving of life, liberty, and the pursuit of happiness—but the reality is that these words have never actually matched our actions, particularly in regard to Black people.

Addressing damaging narratives about Black people is important for advancing the reparations discussion because such narratives lead us to believe that Black folks are not worthy or deserving of unrestricted cash payments.

To address and change these false narratives, we must lift up and center pro-Black narratives. Doing so not only helps repair the centuries of economic damage done to Black Americans. It helps Americans of all races, as improving the lives and opportunities of the most marginalized will raise the bar for everyone.

Programs that center Blackness disrupt unjust narratives and policies, allowing policymakers and leaders to see Black people as fully human and deserving of resources, including the many guaranteed income pilot programs focused on serving Black women.

In March 2020, the Magnolia Mother’s Trust, which connects families living in affordable housing with resources and programs, provided critical support to Black mothers living in extreme poverty when its second cohort started distributing funds just as COVID-19 was shutting down the country. When unemployment insurance took months to land and stimulus checks had not yet been cut, the $1,000 that MMT mothers were receiving helped them offset their lost wages and buy groceries in bulk.

The program is now in its fourth round of payments to a new group of mothers and has inspired other programs such as the nation’s largest ever effort to put cash directly into the hands of Black women—over the next two years, the Georgia Resilience and Opportunity Fund and GiveDirectly will assist women in predominantly Black neighborhoods across Georgia with an average of $850 dollars a month. Programs dedicated specifically to mothers of color and their babies can be found on the coasts—the Abundant Birth Project in San Francisco and the Bridge Project based in New York City, to name two examples. These programs are based on volumes of research that show that investing in a child’s first days is critical to the child’s long-term economic, physical, and mental health. They also address the fact that communities of color in two of America’s largest cities fare far worse than their white counterparts.

To finally implement and retain programs like the expanded Child Tax Credit—and eventually reparations—we must abandon unjust narratives about poverty and deservedness that continue to stand in the way of passing transformative, equitable, and healing policy measures.

Comprehensive reparations is not solely an economic project—it’s also a political and cultural one that requires more than cash payments and the closing of the Black-white wealth gap. To build a culture of repair that includes financial redress, we must address how anti-Black narratives prevent us from understanding that healing Black people brings us closer to making the entire country whole.

« Combatting Disinformation and Misinformation: A Struggle for Democracy and Racial Justice
Welcome Kits »