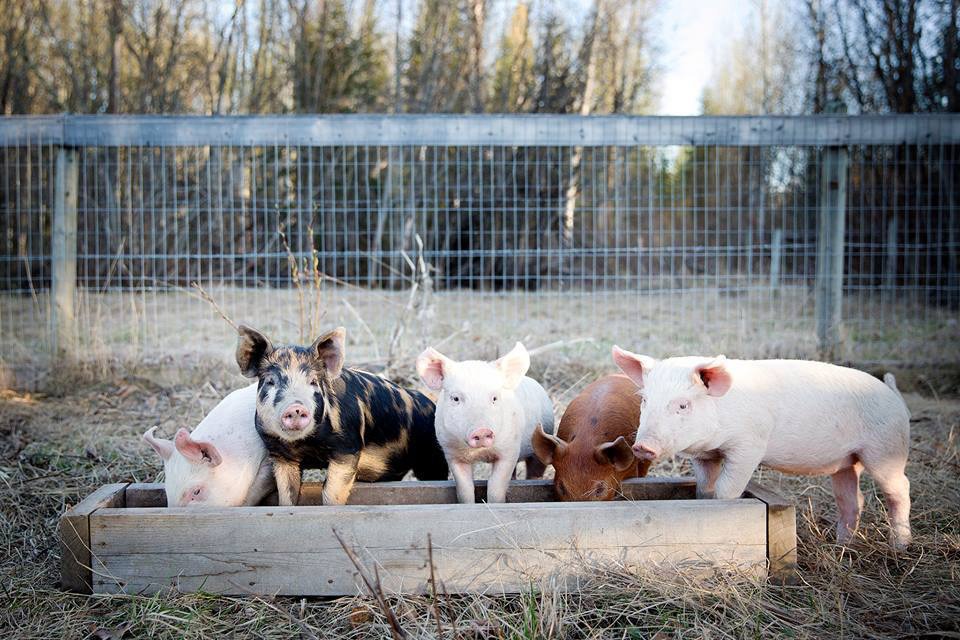 On the night of the Uvalde school shooting, with the nation’s attention focused on one of the worst massacres in our nation’s history, Samsung Electronics LLC quietly approached two Central Texas school boards for 11 separate tax abatement agreements totaling $4.8 billion in taxpayer giveaways under the state’s soon to be defunct Chapter 313 program. Last year, Samsung had already secured a $292 million Chapter 313 abatement from Taylor ISD as part of what is anticipated to be a record $1 billion incentive package for its new chip plant, all for just 2,000 jobs.

But the shocking thing about the additional tax giveaways Samsung wants from Manor ISD and Taylor ISD is that the abatements are for projects Samsung hasn’t even imagined yet: “While we do not have specific plans to build at this time, the Chapter 313 application process is part of our long-term planning,” said Michele Glaze, Director of Communications at Samsung Austin Semiconductor LLC.

The program’s failure has been documented over the past year in major exposés in the Houston Chronicle and Texas Observer. Though efforts are being mounted by Texas energy and manufacturing industries to reinstate Chapter 313 in the upcoming 2023 legislative session, its demise in the 2021 session marked a historic win for education and anti-corporate welfare advocates.

The current legislation, however, does not expire until December 2022, which has led to a rush of over 400 new applications for school district tax giveaways so far this year, over four times the usual annual number. Pastor John Ogletree, a leader in the Houston-based IAF affiliate, calls it “hogs at the trough.” If these applications go through, it could bankrupt the state of Texas and drain tens of billions in precious school funding for a generation.

Chapter 313 was intentionally structured to entice school districts with a perverse incentive. Unlike city and county tax abatement programs in Texas, in which municipal and county government bodies weigh potential lost revenue against an abatement’s perceived benefits, Chapter 313 forces state taxpayers, not individual districts, to foot the bill. Lost district revenue is “backfilled” by the state through school funding formulas, paid for out of the state general fund. This means that individual schools can benefit financially by signing on, even though schools overall lose funding. All told, the billion a year (plus) in lost state revenue used to fund Chapter 313 agreements is money that could be going to increase funding for schools.

Specifically, to sweeten Chapter 313 applications, companies are permitted to offer kickbacks to school districts called “Payments in Lieu of Taxes,” or PILOT payments, of up to $100 per student. In a recent state senate hearing, Republican Senator Robert Nichols recently called PILOT payments, “basically borderline corruption.” This prisoners’ dilemma makes it hard for school districts to turn down these deals, and combined with no limit on the number of Chapter 313 agreements that schools districts can grant in a year, it has blown a hole in the budget of a state that already underfunds schools, healthcare, and a failed state social service system.  Indeed, only five percent of students are in districts that are net winners (i.e., where the value of PILOT payments exceeds their share of the overall loss of state revenue) of Chapter 313 agreements.

During the fight against Chapter 313’s reauthorization during the 2021 legislative session, Texas IAF shifted the debate from corporate welfare to school funding through its  “winners and losers” analysis.

We took the $1 billion of state revenue lost to company tax breaks, ran it through the state’s per-student school funding formulas, and demonstrated that 95 percent of Texas students are in school districts that stand to lose funding due to Chapter 313. Our analysis found that if you took that $1 billion and in lieu of financing tax abatements, used that money to support public schools, Houston schools would have an additional $28 million, Dallas schools an additional $20 million, and Austin schools an additional $11 million. In short, our analysis demonstrated that tax abatements are not cost-free.

The biggest Chapter 313 winners are major energy and liquefied natural companies such as LNG; oil and gas companies such as Corpus Christi Liquefaction; Freeport LNG; and Exxon Mobil. Today, many of these firms are reaping record profits due to high energy prices.

Is There No Sense of Shame? Texans Come Together to Limit Subsidies

Created in 2001, Chapter 313 was reauthorized in 2007 and 2013. It was assumed the program would be rubber-stamped for another decade in 2021. Opposing 313 this session, though, were a collection of odd political bedfellows. In addition to the Texas IAF, opponents included the progressive policy group, Every Texan, labor unions (including the Texas chapters of the American Federation of Teachers and AFL-CIO), the conservative Texas Public Policy Foundation, and most far-right legislators of the Texas “Freedom Caucus.” Even the state Democratic and Republican party platforms called for 313’s demise.

Nonetheless, many bills were filed to extend the program. The most egregious was HB 1556, filed by Houston Republican Jim Murphy, which would have not only extended Chapter 313 for 10 more years but would have expanded its reach. Murphy’s bill aimed to extend the program from its initial focus on luring companies to Texas by allowing abatements to also subsidize existing plant renovations, modernizations, and expansions. Since Texas taxpayers would essentially underwrite all capital-intensive projects undertaken by Chapter 313 recipients, the bill’s fiscal note was an eye-popping $40 billion over the next 25 years in lost school district revenues.

Texas IAF organizations led the ground assault, using years of local organizing to leverage relationships with legislators on both sides of the aisle. Informing our perspective was a decades-long track record of fighting against corporate giveaways at the city and county levels, and the experience of Texas IAF’s sister network, Together Louisiana.

More than just a policy argument, Texas IAF’s “Winners and Losers” analysis was an effective constituency-building tool. Up to this point, most opposition to Chapter 313 had been grounded in anti-corporate welfare terms. But demonstrating the program’s negative impact on school funding angered parents, grandparents, teachers, many school districts, and pro-school legislators.

The decisive showdown came on the House floor late in the session on May 10th, when Murphy’s HB1556 came up for a vote. San Antonio Democrat Try Martinez-Fischer ran the floor strategy, which was to load the bill up with so many objectionable amendments as to induce the author to kill his own bill. Texas IAF worked with Houston Democrat Representative Jon Rosenthal to successfully attach amendments requiring companies that received Chapter 313 abatements to pay living wages, provide benefits, and hire at least 50 percent of its workforce locally. An amendment by Freedom Caucus Representative Tony Tinderholt stripped the renovation, modernization, and expansion provisions. When Martinez Fischer offered up an amendment requiring local voters, rather than school boards, to approve Chapter 313 agreements, Murphy had seen enough and withdrew his bill, essentially killing it until the next session in 2023. He announced his retirement from the legislature soon after.

The Texas IAF and allies blocked reauthorization of Texas’ largest corporate welfare program for the first time in over 20 years, and the program is now scheduled to die at the end of 2022.

The defeat of Murphy’s bill came as such a surprise to industry, and so late in the session, that the only remaining Chapter 313 bill remaining was a simple two-year renewal by Ways and Means Chairman Morgan Meyer (R-Dallas). It had passed the House the previous week. But Senator Brian Birdwell (R-Waco) attempted to change the bill to a 3-year reauthorization in committee. Chapter 313’s biggest legislative opponent, rural Republican Senator Louis Kolkhorst, pounced, calling it a “program run amok.” Texas IAF called and visited members of the committee, and Birdwell withdrew his committee substitute. Though the original two-year reauthorization squeaked through to the Senate, the damage had been done, and it was never heard on the Senate floor. Lieutenant Governor Dan Patrick most likely didn’t want a messy floor fight like the House had seen with the Murphy bill.

“Splitting power” is a fundamental organizing strategy. In the case of Chapter 313, we built a critical mass of Democrats and Republicans to oppose Chapter 313 in a legislative session marked by party polarization. Texas IAF and its allies blocked reauthorization of Texas’ largest corporate welfare program for the first time in over 20 years, and the program is now scheduled to die at the end of 2022.

A Gold Rush to the Finish of Corporate Subsidy Applications?

In a normal year, there are rarely over 90 Chapter 313 applications across the state. Because the program is now due to end on December 31, 2022, over 400 Chapter 313 applications were filed in the first six months of 2022 alone. Rather than creating a billion-dollar hole in the state budget every year, these giveaways, if approved, could cost the state and taxpayers $5-10 billion a year.

Enterprise Products Operating, which already has 18 Chapter 313 agreements, has filed for another in Beaumont for an ethane cracking plant. The company is promising only 10 jobs for a $395 million abatement at a cost to taxpayers of $3.9 million per job! Globitech, a spinoff of Texas Instruments that manufactures chip wafers, is “stacking” their corporate welfare agreements over the next several decades. They have applied for four Chapter 313 agreements from Sherman ISD in North Texas, but sequenced them so the abatements are triggered one decade after another, the last one for a manufacturing plant not scheduled to be built until 2040, 20 years after the program is scheduled to end.

We are calling out the record number of Chapter 313 applications that companies are trying to squeeze in before the deadline. This requires challenging these agreements, all 400 of them, as they come before local school boards over the coming months.

In Central Texas, Chapter 313 tax abatements are generally sought by multinational high-tech firms like Samsung. Infineon, a German company with $11 billion in annual revenue and two existing plants already in Austin, wants a 10-year abatement from Del Valle school district, which has an annual budget of just over $120 million. Del Valle gave a Chapter 313 agreement to Tesla in 2019 to build its Gigafactory, which is now losing money. And NXP, a Dutch multinational firm, which also has $11 billion in annual revenue and two chip plants already in Austin, submitted two applications to Austin school districts for two more sites. Central Texas Interfaith-IAF is calling on local school boards to reject all these applications.

Holding the Line on Corporate Subsidies

To win, community-based organizations like ours have launched a two-pronged fight. First, we are calling out the record number of Chapter 313 applications companies are trying to squeeze in before the deadline. This requires challenging these agreements, all 400 of them, as they come before local school boards over the coming months.

But we are also gearing up for the 2023 legislative session. The three big industry groups, The Texas Association of Business, the Texas Oil and Gas Association, and the Texas Association of Manufacturers, have formed a coalition and hired former Speaker of the Texas House Greg Bonnen to run their strategy to reinstate Chapter 313 in the next session. Our coalition is currently meeting with business leaders, legislators, education advocates, and others to oppose these efforts. We are especially focused on protecting school district funding.

We argue in favor of a broader approach to economic development—including large public investments in workforce development, education, infrastructure, and a social safety net—so that working families can thrive and contribute to building a strong middle class in Texas. Bolstering schools and human capital should be central to Texas’ economic development strategy—not robbing money from school-age children to fund corporate welfare.

« What’s The Difference Between A Principal Gift And A Mega Gift?
Reclaiming Our History of Mutualism: A Conversation with Steve Dubb, Rithika Ramamurthy, and Sara Horowitz »