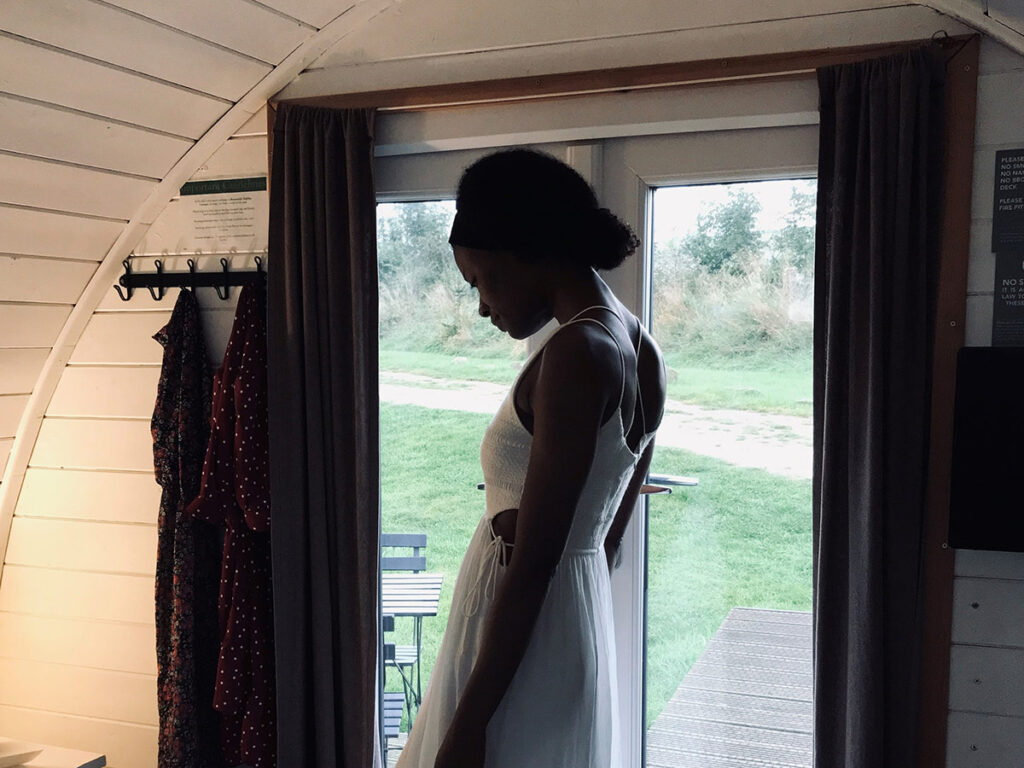 In the Locked Out: Black Women, Wealth, and Homeownership series, members of Insight Center, Springboard to Opportunities, and several expert co-authors connect the lived experiences, hopes, and dreams of low-income Black women and their perspectives on homeownership to the historic and current policies that fuel our exclusionary housing market—and its impact on health and wellbeing—to advocate for equitable housing solutions for Black women.

Racial and gender wealth inequality is a longstanding American embarrassment. The product of historic policies and practices that blocked Black people from gaining wealth while simultaneously creating pathways to wealth for white Americans, the issue continues to plague our country. In fact, data shows that wealth inequality may actually be worsening today.

At present, in the US, women have accrued only 55 cents of wealth to every dollar a man has, and Black people still only have 17 cents of wealth for every dollar of wealth held by white people. Black women sit at the intersection of racial and gender wealth inequality and, as a result, own 90 percent less wealth than white men. This shocking statistic illustrates our collective failure to accurately diagnose the sources of racial and gender wealth inequality—which in turn fuels our inability to fully address the problem.

One of the biggest obstacles to rectifying this inequity is that, while Black women’s wealth inequality is a systemic issue—and therefore requires large-scale transformation of our systems—our solutions tend to focus on individual strategies. Homeownership is a prime example of how funders and advocates miss the mark when identifying the problem and, in turn, propose false solutions.

Racial justice advocates, including Black women, believe that homeownership will build wealth for Black people because homeownership has been an effective strategy for white wealth building. However, white people were able to build wealth through homeownership because our housing industry was built to benefit them—and only them. The history of anti-Black US housing policies reveals that without system-level change, Black women will never be able to reap the benefits of homeownership as their white peers do.

Armed with intergenerational wealth, white homebuyers often have access to help with down payments and home maintenance that Black families do not, contributing to a Black-white homeownership gap of more than 30 percentage points. This intergenerational racial wealth gap is largely due to the fact that racist policies and practices like redlining—the systematic denial of loans and other financial supports to communities of color, which ensured racially segregated, unequal neighborhoods—and subsidies to white suburbs allowed white people throughout history to gain massive amounts of wealth while blocking Black people from gaining wealth in the same way. The legacy of such practices continues today. According to a 2019 Federal Reserve Survey of Consumer Finances, the median value of a home owned by Black families is $150,000 compared to $230,000 for white families. In short, Black and white households do not experience the benefits of homeownership equally. 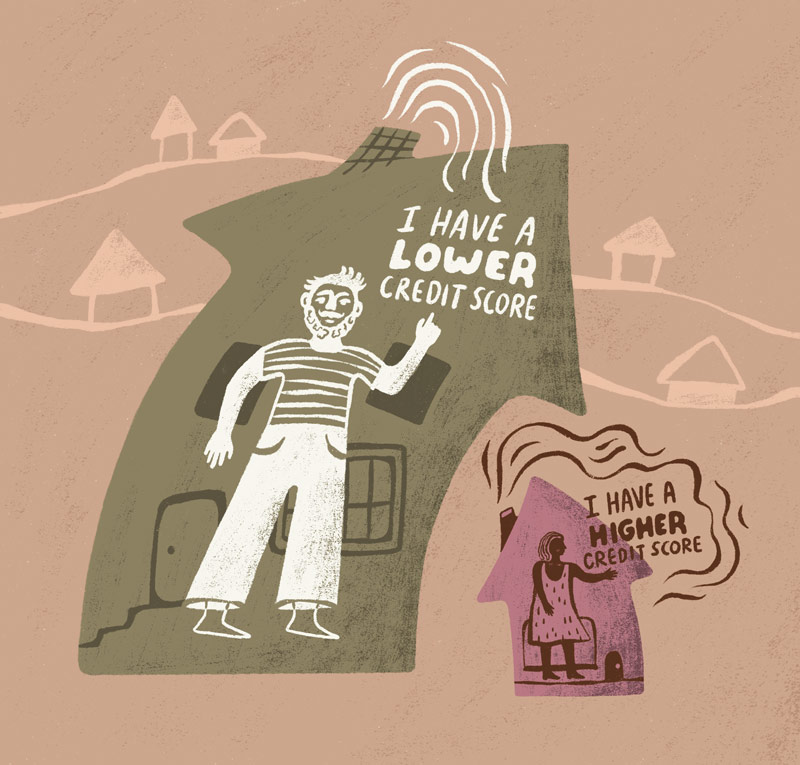 While redlining is technically illegal today, discriminatory lending practices by banks, creditors, and people who work in the real estate market continue to play a role in denying Black women the ability to gain wealth via homeownership. The 2008 foreclosure crisis was no exception. During the Great Recession, many banks deliberately placed Black people into bad mortgages. Indeed, Black women were 256 percent more likely to receive a subprime mortgage than a white man with the same credit score and financial outlook. Lenders also denied mortgages for Black applicants at a rate 80 percent higher than for white applicants. 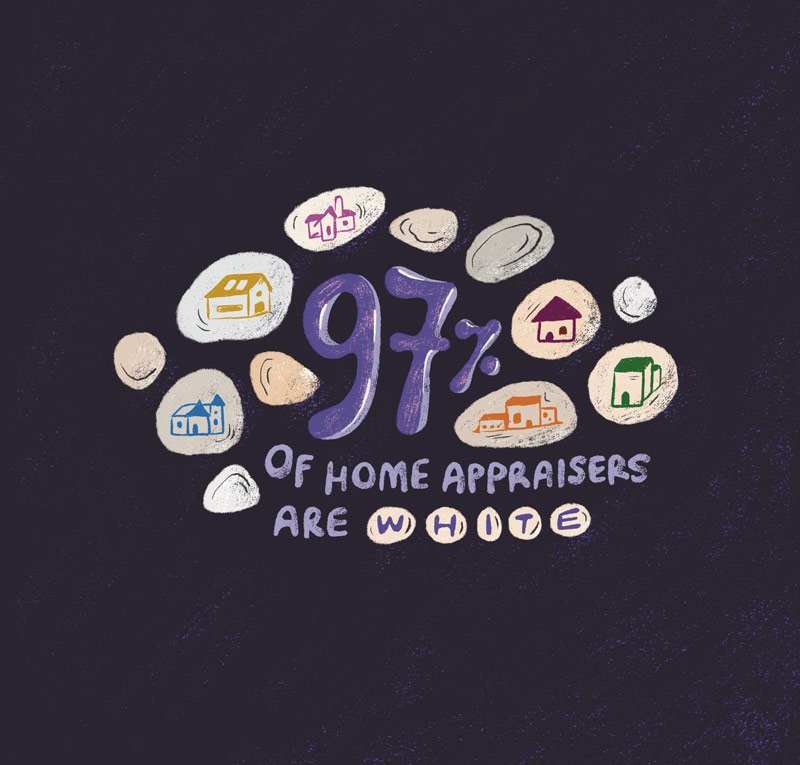 Racist home appraisal practices also limit Black people’s ability to accrue wealth via homeownership. According to the US Bureau of Labor Statistics, 97 percent of home appraisers are white, and unsurprisingly, in the appraisal field, racial bias runs amok. Homes in majority Black communities are consistently devalued. The higher the share of Black people in the neighborhood, the less its homes are worth, even when controlling for age, social class, household structure, and geography. 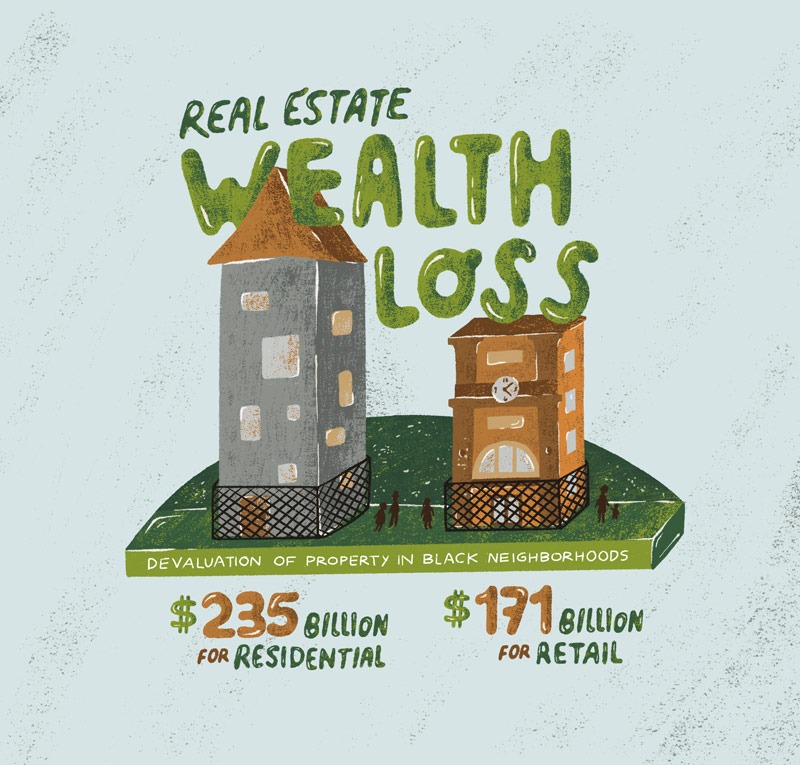 “Predatory inclusion”—a term coined by Dr. Keeanga-Yamahtta Taylor, professor of African American Studies at Princeton University—adds another layer to the problem. Through predatory inclusion, the federal government worked hand-in-hand with bankers and real estate brokers to pass housing policies that benefited the corporate housing sector. Dr. Taylor argues that the federal government’s disinvestment from public housing and its failure to regulate the real estate market—which does not profit from more racially equitable housing—has led to the private housing sector’s profiteering boom, making safe, affordable homes a scarcity and making homeownership a distant dream for Black people, who possess less wealth and get paid less than their white peers. As Dr. Taylor notes, “The federal government’s role as regulator has been undermined because it has divested itself from developing, building, or managing any kind of housing program. It has completely outsourced it to the private sector. So, the reason we haven’t secured good housing for ordinary people for over 100 years is that it’s simply not profitable.”

In recent news, neoliberal economists like Larry Summers are pushing the Federal Reserve to raise interest rates, including mortgage interest rates, to historic highs to curb inflation. Summers also recommends an unemployment rate of up to five percent to reduce inflationary pressure. These policy recommendations are a double whammy for Black people in America; due to persistent and pervasive racial discrimination in the labor market, Black people consistently have double the rate of unemployment than white people. If enacted, Summers’ policy proposal could push Black unemployment rates to 10 percent, further jeopardizing Black women’s ability to secure and remain in homes they own. Higher interest rates also mean that Black women will have to pay higher mortgages, a difficult feat when, as research shows, Black women are consistently underpaid and undervalued for their work.

As noted in the previous article in our series, Recognizing the Full Spectrum of Black Women’s Views on Homeownership Is Key to Progress, the dream of owning a home for Black women isn’t solely about financial gains. Homeownership has social and emotional benefits, allowing people to feel safe, have privacy, and host loved ones. It’s important to take these components into account as we think about Black women’s pathway to owning a home. We cannot continue to believe that simply providing down-payment assistance and lower interest rates will fix this issue. Nor should we continue to allow Black women who overcome obstacles to homeownership to be denied— through racial targeting and discriminatory practices like predatory lending—the homes they want and deserve. When we accept inequitable policies and practices that target the most marginalized, we damage such people’s prospects and create an opening for our government and financial institutions to lower the bar for everyone.

Rather, we must fundamentally change the housing market so that Black women can reap the benefits of homeownership as many white people already do. This requires federal oversight of our property valuation system, deep regulation of the real estate and banking industries to root out racism and sexism, and massive investment from local and federal governments to build affordable, safe housing. We also need to stop throwing Black people under the bus in our economic policies. Pushing for strategies that adversely impact Black people is unjust—and dangerous for all Americans. It’s time to get innovative with our economic tools and move beyond status quo solutions if we truly want a more equitable United States.