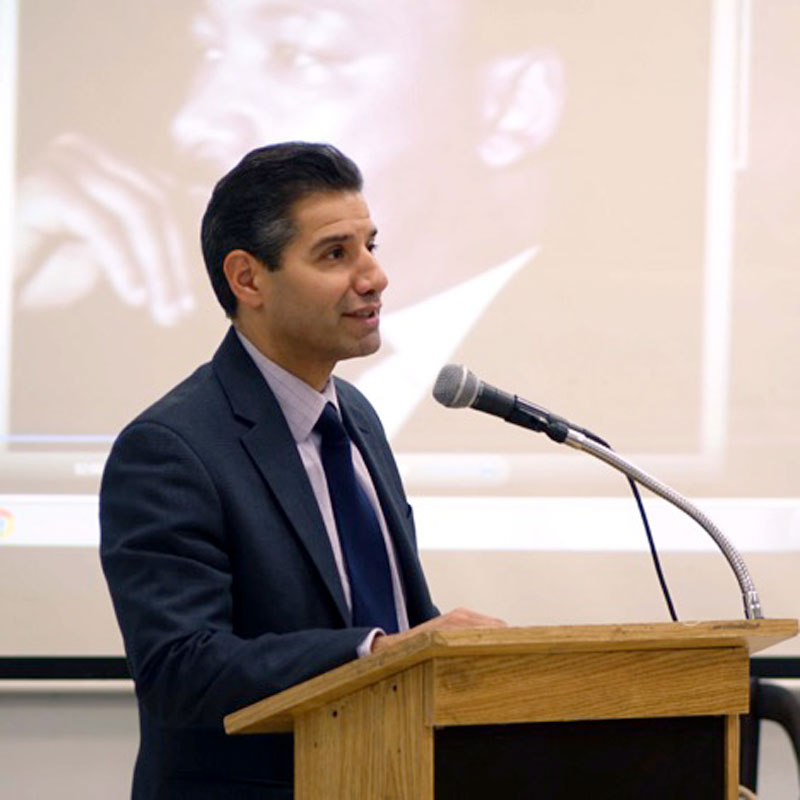 This clip is an excerpt from “Nonprofit Leadership in Action: Following a Founder,” a 2018 episode of NPQ’s Tiny Spark podcast. You can play the full episode here.

Amy Costello: I want to talk to you about leadership now. You have said that you got some of your first leadership experience in prison. You were at Sing Sing for almost a dozen years, and I’m wondering, during those years, what did you learn about leadership in prison?

John Valverde: [sighs] I have to say that I went into the prison system thinking that I wouldn’t survive. I was young, and hearing that you’re sentenced to 30 years, of which you must serve a minimum of 10 years before you would be eligible for parole, to me was the equivalent of a life sentence, and maybe a death sentence. I had reconnected with my father, who I had been estranged from, and he said to me early on, “Say ‘yes’ as much as you can to help others, and you will find purpose, and meaning, and be free,” and it was really that advice, guidance from my father, that propelled me in a direction and a path of seeking to make a difference in the lives of others. When I started doing that service to others, really giving of myself to support others in achieving their potential, it was in that that I discovered my leadership, and I would say that I realized, in the most challenging of settings, how important integrity was, and how important it was to be of my word, especially if you made a statement, and later on you were in a cell block with that individual you made a commitment to. It really held you accountable in a unique way.

In addition, I began to appreciate much, much more than I had the importance of relationships, and how none of us make it alone, and that we need to surround ourselves with not just a “circle of good,” but a circle of excellence. And that may sound distant in a prison or correctional setting, but there, like the graveyard, in the prison setting, there’s just so much untapped potential and intelligence and commitment and passion. So, I was able to build the right kinds of relationships with people and surround myself with the right people that helped me grow.

Finally, I realized that I also needed to inspire others to fully achieve their leadership as best they could, because there was no way that I was going to be able to do it alone, and if I could inspire others to believe that they were going to make it, we could actually transform the environment. And that’s what we did. I think together we had an opportunity to take a look at what wasn’t working. We had a progressive superintendent, or warden; we had officers, volunteers, civilians that came into the facility—I’m speaking of Sing Sing in particular—who believed that people were more than the worst thing that they’ve ever done, and who were committed to seeing people develop and transform themselves during their incarcerations so they could contribute more on the outside.

And I feel so grateful to have had opportunities to teach at the GED level, tutor others, create two nonprofits and co-found them with the support of others, and volunteers, and civilians that support higher education for people in prison. That I was the first to take the LSAT while incarcerated, the first to be accepted to law school while still in prison. From developing peace initiatives to address gang violence to creating the first monolingual (for Spanish speaking only) alternative to violence programs for those individuals, I feel that, all of those experiences, it’s just amazing to even say them out loud to you, to realize how much they’ve shaped the leader I am today. And, as much as I wish I had never committed my crime and wish I could go back and change that, I had to face the consequences for my actions, and I’m just grateful that I was able to transform that situation into an opportunity for my growth and development as a human being and a place where I could find meaning and purpose that still guides me today.

« ICAN Shows What “Directly Impacted” Leadership Looks Like
Common Reasons Why New Nonprofits Fail and How to Avoid It: Part One »