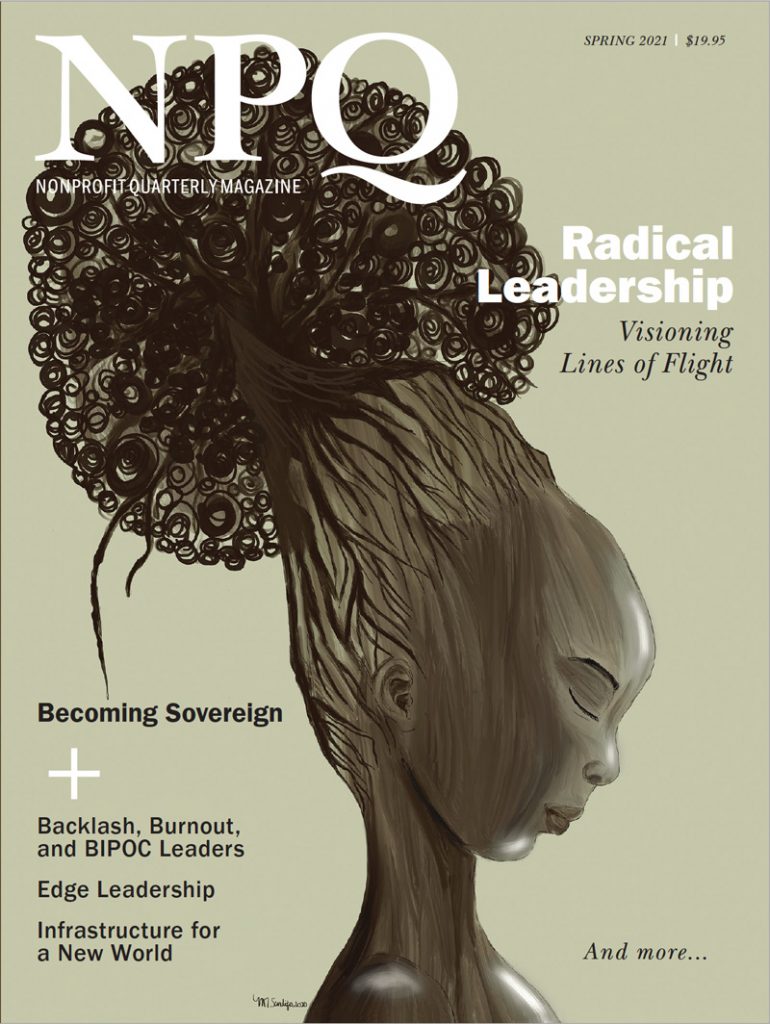 This edition of the Nonprofit Quarterly magazine explores where we are going vis-à-vis race and power—the edge, in terms of articulating vision, building for a transformative civic infrastructure, and creating new lines of flight.

I assumed the role of President and Editor in Chief in January of this year. I am honored to have the opportunity to build on the work of founding Editor in Chief Ruth McCambridge, who, in 1999, launched what is now a multimedia platform with this very magazine. I am excited to create the NPQ you’ve been telling us you need at this moment—one that leads the way in restructuring knowledge creation in the field.

I invite you to join us on this journey.

President and Editor in Chief, NPQ

“For edge leaders creating viable futures, it is critical to not only understand but also know how to build personal sovereignty. This involves not only the ability to protect one’s boundaries but also making transparent and crossing them. How does one do that?”

“‘There’s this notion that change takes time. But in reality, a lot of change just happens in radical paradigm shifts,’ explains Cyndi Suarez, Nonprofit Quarterly’s new president and editor in chief. ‘If you don’t know that process of transformation, then you don’t know how to harness it.’”

How to Be an Antiracist Supervisor. Start with Changing What You Call Yourself.

“What if we did the exact opposite of what being a supervisor was created to do? What if we not only abandoned the term altogether but intentionally centered the well-being of our people first?” 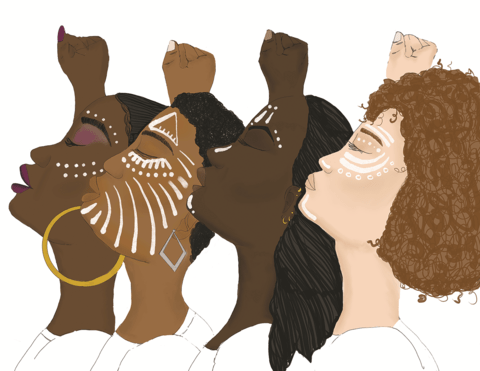 “From my educational upbringing to the community I come from and a good majority of my career, navigating predominantly white spaces is not unfamiliar to me. Still, after almost three decades of wayfinding through whiteness, I too often feel the effects of imposter syndrome creep up on me.”

“Unlike the vocal conversations about leading organizations toward racial equity, white backlash—the hostile reactions of white people to that very possibility—often goes unnamed. So does its human impact: racial burnout.”

Infrastructure for a New World

“The premise of the Edge Leadership platform is to bring together a powerful community of primarily people of color who are innovating social change. This sprung from a demand in the society to design infrastructure that supports leaders of color.” This piece introduces Edge Leadership’s key principles.