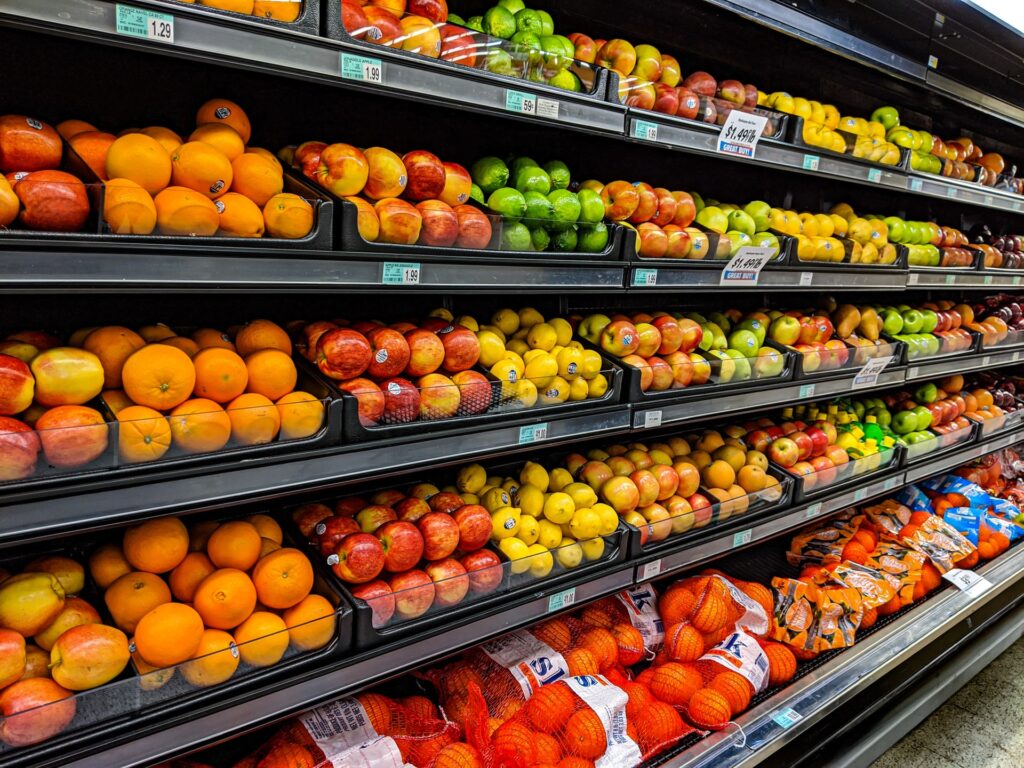 As we emerge from a global pandemic, there is growing recognition that so much of our food system has its roots in unjust systems of land theft, slavery, and extractive capitalism. We are commodifying things that should be basic human rights—access to food, health, dignity via livable wages and safe conditions, land, and home.

I work at the Midwest Organic & Sustainable Education Service (MOSES). We started as one of the early advocates of the “organic food” movement. But the organic movement is changing. The goal is no longer just organic products people can buy, but rather a broader and deeper movement for environmental and food justice.

In particular, we believe a solidarity economy for organic agriculture, sometimes known as “regenerative agriculture,” can be part of a more equitable and resilient system that puts farmers, workers, and eaters in control—not large corporations. Clearly, the country has a long way to go, but through connecting existing models already familiar to farmers and eaters, we are encouraged.

While advocates see a lot of hope ahead, this is no reason to lose sight of the fact that the current US food system has been swallowed by corporate monopolies that control the supply chain from seeds to grocery stores. Human-scale farms are going out of business, gutting rural communities. Even the organic label, with its hard-fought standards meant to codify soil-building practices and environmental stewardship, is being watered down by large corporations.

As the Farm Action Alliance reports, four multinational meatpackers in the US control 54 percent of poultry processing, 66 percent of pork packing, and 85 percent of beef packing. As eaters, we are all impacted. Cheap food is not cheap. Hidden costs include chronic disease, obesity, and farmland lost. But the current food system is not broken; it is functioning as intended, with only a select few profiting while farmers and workers along the food supply chain are unable to make a living income.

The cost for small farmers has been high. The farmer’s share of the retail dollar has fallen from 50 percent in 1952 to 16 percent today, according to the National Farmers Union. For many Black and Indigenous farmers, and farmers of color, the situation is more dire.

Resistance to addressing this imbalance is intense. Discrimination against Black farmers is well documented; the Pigford settlement provided $2.3 billion in belated compensation, but was only a fraction of the estimated $250-$350 billion loss that Black farmers have suffered.

The Biden administration has sought to make partial amends, but the $4 billion in the American Rescue Plan set aside for Black farmer debt relief has been held up due to a lawsuit brought by white farmers in Wisconsin; implausibly, the plaintiffs claim that remedying past discrimination suffered by farmers of color would harm them.

A shift to center the planet and people in our farming system is critical. Globally agriculture accounts for roughly 10 percent of greenhouse gas emissions. Decades of corporate control over seeds and fossil fuel-based fertilizers, and the harmful pesticides designed to be used with them, define this extractive way of farming. It has promoted farmers’ reliance on these companies and the myth perpetuated by former US agriculture secretary Sonny Perdue of “go big or get out” as the way to feed the world.

Never has the fragility of the nation’s food system been more obvious. Amid COVID-19, we saw meat supply interruptions and animals euthanized needlessly. Frontline food workers in processing, on farms, and in restaurants, bore the brunt of illness and death, with the majority being from Black, Brown and immigrant communities. The current system is fraught with injustice and inequity.

Despite the many challenges, there is a way forward. We see this in the many farmers managing smaller plots of land, utilizing organic methods, choosing seeds from plants that have thrived in various changing climate zones, building diversity, and avoiding genetically modified organism (GMO) monocrops. These farmers are both climate stewards and the movement leaders. Organic priorities align with a more democratic agricultural system that builds communities and soil. While for many solitary farmers, this can feel like ‘just one farm in one community,” those individual efforts do add up.

The emerging farming solidarity economy is a sum of a range of practices, rooted in solidarity economy principles of pluralism, democracy, equity, mutualism, and sustainability. The connected and circular nature of life on a diverse farm forms the ecosystem that enables all to thrive.

Pluralism within the solidarity economy model posits that there is no set approach. There may be many different spokes all moving toward the center of one wheel. Just as our farms and farming methods may vary slightly, we uphold the organic principles of building soil and human and animal health as the basis of a truly regenerative farming system. The autonomy of place and community to achieve shared goals and values is critical in farming and understood.

The fate of farms, farmers, and farm workers often seems to lie in the hands of lobbyists and corporations. But farmers can take back control if they connect to each other. Many of the companies controlling markets for farm inputs and commodities are vertically integrated, which means they own multiple stages of the supply chain, from inputs to production to distribution. A solidarity agricultural economy can create alternative vehicles for integration, such as cooperatives, credit unions, and other ownership structures that benefit the entire supply chain.

For example, in the Midwest, a group of regenerative chicken farmers put these concepts into practice and created their own brand. Called “Tree Range Chicken,” farmers raise poultry, own a processing facility, and are distributing their products themselves.

Cooperatives, another critical aspect of a solidarity economy, have deep roots in agriculture. The first US cooperatives for dairy and cheese formed in 1810. Although these early, more independent efforts were short-lived, the value of cooperatives to combat difficult economic circumstances for farmers re-emerged as marketing cooperatives later in the 19th century. For over 50 years, the Federation of Southern Cooperatives has worked to support rural farmers and protect and grow Black land ownership. In Wisconsin, a multi-stakeholder cooperative called Community Kitchen is forming that includes farmers, cooks, bakers, food preservationists, and eaters. Utilizing both a cooperative business structure and a community-supported meal service, these people are making connections and de-commodifying local, organic food.

The pandemic has also resulted in more farmers selling directly to eaters through mechanisms like Community Supported Agriculture or CSAs. At the heart of the CSA model is the value of assuming shared risk. Community members, by buying a “share” of vegetables or other food products, provide farmers with a guaranteed market. As younger farmers enter agriculture, they see the value of CSA models and cooperatives as viable ways to raise capital. When the time comes to purchase seeds, equipment, build farm infrastructure like animal housing, and even access land, farm shares paid upfront by CSA members ahead of the growing season can help foot the bill.

Similar to marketing cooperatives like Organic Valley or OFARM (a grain distributor), in some regions CSA farms are forming cooperatives of their own to centralize roles related to marketing, distribution, and specialization of farm products. In this way, farmers can focus on what they grow or do best. There are also hundreds of food hubs, many of which have formed as cooperatives or nonprofits, that enable farmers to access wholesale or institutional markets, in addition to consumer sales. These hubs also advance equity—for instance, by providing market access to farmers previously excluded due to farm size or cultural and language barriers. Because they centralize so many distribution functions, cooperatives enable farmers to focus on production.

Credit unions also play a key role in farm financing. The Farm Credit Administration  regulates agricultural lending. Many of its loan products are distributed through credit unions. Because credit unions are owned by members and are non-profit, they are another critical piece of an agricultural solidarity economy. Forty-three percent of farmers and farm-related businesses have loans through this network.

With the rapid disappearance of farmland due to development pressures, alternative ownership and financing structures must evolve and build on these proven structures to address issues of land access. Investor groups like Iroquois Valley Farmland REIT, a certified B corporation, promote organic agriculture. Several land trusts across the country also purchase farmland and then through conservation or farmland easements and long-term leases, can get Black, Indigenous, farmers of color, LGBTQ+, and women farmers access to land.

From Here to There: Nonprofits as Conveners of a Solidarity Economy

Nonprofits have long provided organic and regenerative farmers with education and technical assistance related to productions methods and more recently, business planning. At MOSES, after more than 25 years of working with farmers, it is becoming more evident that in addition to educational resources, farmers also need financial and social supports. We see the following as some of the critical next steps.

Competition and profits have been the measure of success for so long; it is difficult to overcome a scarcity mindset. However, mutualism and reciprocal relationships will be critical for farmers, businesses, and nonprofits in agriculture to thrive and form a new food system. As Dr. Vandana Shiva says, “food is the currency of life. And food sovereignty is an ecological process of co-creation with other life forms.”

We must create a new food system that is democratic, equitable, ecological, and resilient. The fragility of the current system, and the inequities exposed by the pandemic, especially in BIPOC communities, create a window of opportunity for those interested in a new path. To build the organic farming solidarity economy, we can use the lessons learned from the current unjust system and benefit from it, but not let it define or manage us. Collectively we are stronger than any single farmer’s story.