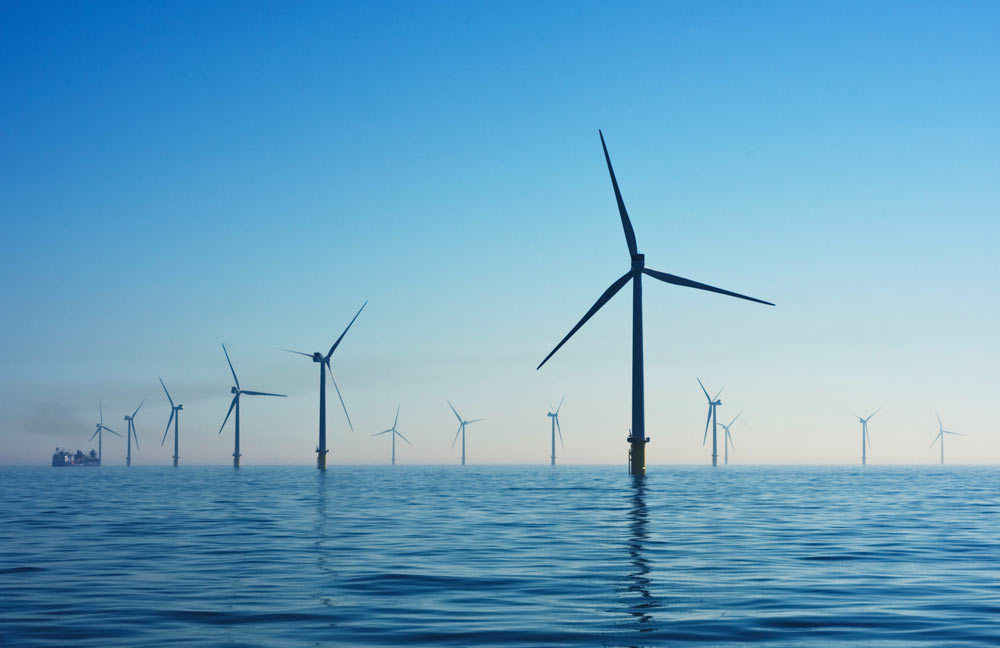 Ten years ago, fossil fuel divestment—that is, getting institutional investors to pull their investments out of fossil fuel companies, was just an idea. Today, it is a reality. According to Invest-Divest 2021, a report that was published in October by the Global Fossil Fuel Divestment Commitments Database in anticipation of the recent United Nations (UN) climate conference in Glasgow, Scotland, 1,485 institutions with assets totaling $39.2 trillion have publicly committed to “at least some form of fossil fuel divestment.” Just weeks later, another 12 institutions have also divested, and total assets of divesting institutions have edged up to $39.88 trillion, nearing the $40 trillion mark.

How large is $40 trillion? Well, if you take the total capitalization (value) of all 500 companies listed in the Standard & Poor’s (S&P) 500 stock index, that adds up to $38.4 trillion as of the end of September 2021. The value of the divesting institutions’ assets exceeds that amount. And in 2021, some big institutions that had been holdouts joined the movement to divest. This includes Harvard University, the Ford Foundation, and the MacArthur Foundation. The movement to divest—and critically, to reinvest in renewable energy—is a global one, of course. Among the recent converts outside the United States are the Dutch pension fund PME (Pensionfund Metalelektro), the Quebec pension giant CDPQ (Caisse De Dépôt et Placement du Québec), and the French public bank La Banque Postale.

The numbers are impressive. And the victories have been hard won. Harvard provides a case in point. A year-and-a-half ago, Harvard was resisting. Even after a 179-20 faculty vote that called on the university to divest, Harvard president Lawrence Bacow argued for continued engagement with fossil fuel producers, writing that, “we believe that divestment paints with too broad a brush. We cannot risk alienating and demonizing possible partners, some of which have committed to transitioning to carbon neutrality and to funding research on alternative fuels and on strategies to decarbonize the economy.” Bacow’s tune was different this fall, when he wrote instead that, “Given the need to decarbonize the economy and our responsibility as fiduciaries to make long-term investment decisions that support our teaching and research mission, we do not believe such investments are prudent.”

One tactic that might have helped spur Harvard to change his stance was a complaint that Harvard students filed with the Massachusetts Attorney General under the Uniform Prudent Management of Institutional Funds Act. That Act governs investment standards that an endowment like Harvard’s must meet to comply with its charitable mandate. In other words, the students sought to put Harvard’s nonprofit status at risk.

At Harvard, the direct financial impact of its divestment means exiting an estimated $838 million in investments. The impact is broader than that, however. Harvard’s action helped spur a similar decision by nearby Boston University, as well as many other institutional divestments by universities from across the country.

This shift has been years in the making, starting with students calling on Swarthmore to divest in 2011 (notably, Swarthmore still hasn’t divested). A key movement goal, as Bill McKibben, a co-founder of 350.org, wrote in a Washington Post article years ago, was to “undercut the industry’s political power, just as happened a generation ago when the issue was South Africa and hundreds of colleges, churches, and state and local governments took action…divestment is one tool to change the zeitgeist, so that the day arrives more quickly when the richest and most powerful can no longer mock renewable energy and play down climate change.”

How much does all this matter? McKibben, writing this fall in the New York Times, notes the Peabody has listed divestment as a major concern and Royal Dutch Shell has warned shareholders that the campaign could have a “material adverse effect on the price of our securities and our ability to access equity capital markets.” There are other signs too. In 2020, for example, Exxon was delisted from the Dow Jones Industrial stock index, a sign that it was no longer considered one of the 30 most important stocks by Wall Street. Exxon had been part of the Dow Jones index for 92 years, longer than any other company.

More broadly, fossil fuel stocks back in 1980 comprised 29 percent of the total capitalization of those 500 S&P stocks. By 2018, the Institute for Energy Economics and Financial Analysis (IEEFA) reports, that share had fallen to 5.3 percent. The IEEFA report goes on to make the “business case” for divestment:

For investment advisors and fiduciaries that continue to hold oil and gas stocks, it is a much smaller task to reallocate five percent of an investment portfolio than 29 percent. It also becomes less painful when the poor sector performance is acknowledged. The sector has underperformed in the stock market for a decade and continues to perform poorly and offer little in terms of a value proposition going forward. Finding alternatives to fossil fuel companies will not be difficult—every other sector in the economy is growing faster, smarter, and healthier.

At the end of 2020, according to the Invest-Divest report, the share of fossil fuel companies in the overall stock market had fallen even further, to 2.7 percent.

But Will Divestment Lead to Climate Justice?

Nonetheless, the fossil fuel industry’s economic and political power remains significant, as the results of the Glasgow conference demonstrate. Formally known as Conference of the Parties (COP), the COP 26 gathering was precedent-setting in a way, its importance amplified by the fact that the meeting had been delayed by a year due to COVID-19, and yet also highly disappointing. UN Secretary General António Guterres at its conclusion observed bluntly that this year’s accord “reflects the interests, the contradictions, and the state of political will in the world today. It is an important step, but it is not enough.”

In short, even now, the central goal of the divest/reinvest movement—to break the political stranglehold of fossil fuel interests—remains only partially achieved. The Washington Post published the agreement text with annotations regarding key sections. For example, on the plus side, a UN climate agreement for the first time mentioned “coal” and “fossil fuel subsidies” by name—but the language in the agreement was watered down, a sign that while fossil fuel industry political and economic power has been diminished, it is hardly gone. The agreement also mentioned “climate justice” by name for the first time, although this too was watered down: the agreement language indicating that in facing the climate emergency, addressing climate justice was important “for some.”

Climate Action Tracker, a consortium led by two German nonprofits, released an estimate that the world is currently on track for a 2.7-degree Celsius rise in global temperature—well above the 1.5-degree target set by the UN’s scientific body, the Intergovernmental Panel on Climate Change (IPCC). These numbers do reflect an improvement from the 3.6-degree Celsius estimate that the group produced in 2015, before the singing of the Paris Agreement, but the consequences of a 2.7-degree rise would be severe. A 2018 study indicates that even a 2-degree Celsius rise would lead to far more severe storms, flooding, drought, and heat waves, as well as the destruction of the coral reef and very substantial melting of Arctic Ocean ice.

It is worth remembering too that the world has already experienced a one-degree Celsius increase in global temperatures—leading to the rapid rise in climate-related disasters seen today. The effects are increasingly obvious: this past summer, for example, the Federal Emergency Management Agency (FEMA) estimates that 32 percent of Americans lived in a state or county that was declared a disaster area.

Of course, international conferences are hardly likely to lead on climate justice. The UN secretary general himself called for a “climate action army” of “young people, Indigenous communities, women leaders” to spur more transformational change. And no one—least of all fossil fuel divestment activists themselves—believe that fossil fuel divestment alone will break the political logjam. It is one tactic, albeit an effective one, within a much broader climate justice movement.

The Invest-Divest report itself calls for institutional investors to invest 10 percent of their assets by 2030 in “renewable energy systems, universal energy access, and a just transition for communities and workers” and promote “net zero” plans for companies in their investment portfolios. It is not surprising that a report on investment focuses on what investors should do. At the same time, the report authors recognize that a broader shift is required, pointing out that, “The transition to a renewable energy economy represents a huge shift in society and, as with all such upheavals, contains within it both the potential for compounding injustice and the opportunity for positive transformational change” (page 25).

In short, capital shifts alone are not sufficient, even if impact investors “do the right thing.” Earlier this year, writing in NPQ, Johanna Bozuwa pointed out that a “Green New Deal that doesn’t cut to the heart of racialized capitalism is certain to be inadequate.” Bozuwa is also the coauthor of a report that argues that fully breaking the veto power of fossil fuel companies over transitioning to an economy that supports climate justice may require the federal government to acquire fossil fuel companies outright, to wind down extraction and thereby force a transition to renewable energy.

Beyond policy, a deeper cultural shift is required as well—a shift that demands what NPQ’s Cyndi Suarez labeled a “global movement for life.” As Ruth Miller, Meda Dewitt, and Margi Dashevsky remind us, drawing on Alaskan Native values and traditions, the broader “goal must be to return to balance in all investments, industries, and sectors—infusing justice and restoration throughout a new economy.”

« “The Puerto Rican Love”: Life on the Island After Maria
Tips To Boost Nonprofit Volunteer Morale This Winter »