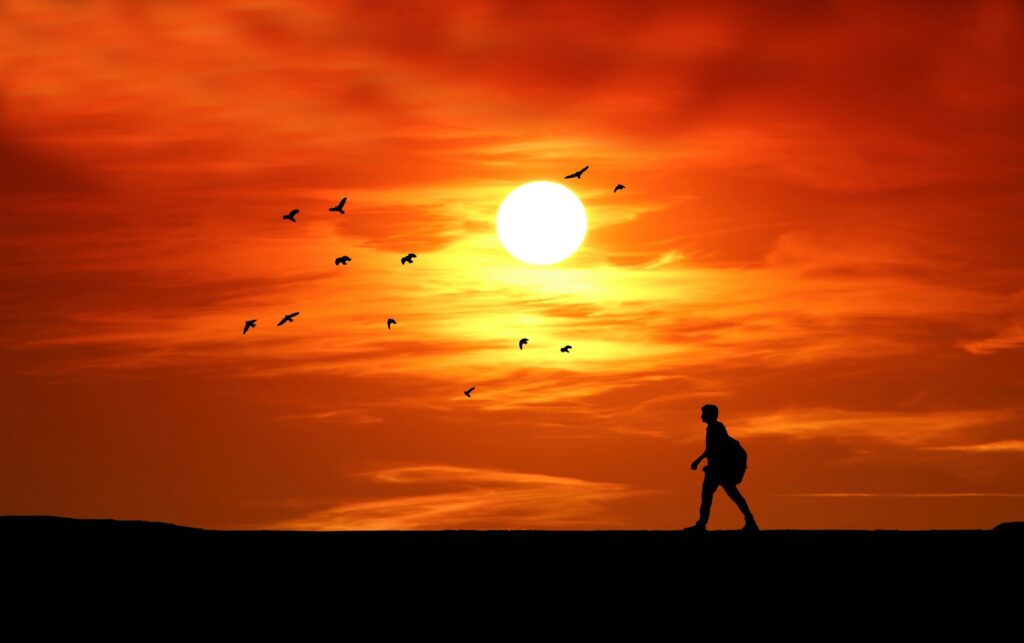 The nonprofit sector claims to prioritize care and altruism, yet too often nonprofits don’t enact these values within their own organizations. Market logic and the professionalization of the sector have normalized business thinking and practices in the name of efficiency, leading nonprofit workers to be viewed as cost centers to be kept in check—the lower the wage bill, the better—rather than intrinsically worthy human beings. Reporting volunteer impacts in terms of dollar equivalents rather than contributions to mission fulfillment is likewise a product of such market logic.

Besides hurting workers, dehumanizing labor practices negatively affect operations by increasing staff turnover. A 2021 survey by the National Council of Nonprofits of over 1,000 nonprofit organizations found that 42.3 percent of responding organizations had job openings for at least one in five positions, while 16.1 percent of respondents reported that more than 30 percent of positions were vacant. A separate 2021 survey found that the top three reasons for voluntary employee turnover in nonprofit organizations were: dissatisfaction with organizational leadership and culture; lack of opportunity for career growth; and obtaining better compensation and benefits elsewhere.

In addition to decreasing organizational capacity, staff turnover is expensive—recruiting, selecting, and onboarding new people costs on average about 18 percent of an employees’ annual salary. Lost institutional knowledge is another substantial, intangible cost.

How Did We Get Here?

Recent scholarship traces the origins of scientific labor management back to 17th and 18th century slavery management practices in the West Indies and the US South. Those practices included keeping detailed production records to calculate expected and actual worker outputs, varying labor allocations by type of crop, efficiently coordinating meals and lodging, and interchanging reward incentives with harsh punishments.

Such practices informed the scientific labor management field that developed in the 20th century. American mechanical engineer Frederick Taylor serving as a leading figure in this field, which sought to improve efficiency through standardization and control. Along with other researchers, he engaged in time-and-motion studies, observing laborers at work and collecting and analyzing data to determine how long a work task should optimally take. From these studies, tenets of scientific management gained traction, such as setting productivity expectations for all employees based on top performers’ output rates, specifying and routinizing tasks, and dividing responsibilities between workers and supervisors, with managers responsible for planning and supervision and workers for task performance (Taylor, 1911).

A growing body of research points to the ill effects of such authoritarian and autocratic management practices, including higher job stress, increased fear and anger in employees (Harms et al., 2018), lower levels of worker satisfaction (Gastil 1994), and the creation of a toxic workplace culture through a cascade effect; when executives manage in an authoritarian style, lower-level managers mimic these behaviors (Li & Sun, 2015). Authoritarianism also impedes innovation, since authoritarian managers are less open to listening to, valuing, and adopting creative ideas from subordinates, further driving employee disengagement and turnover.

Is There a Better Way? The Promise of Humanistic Management

Humanistic management, which is rooted in principles of dignity, care, mutual respect, and partnership rather than control and domination (Pirson, 2017), addresses these issues. A humanistic approach begins with the belief that people are inherently worthy, rather than assessing worth based on instrumental performance valuations. Such an approach puts people first and treats profit as a means, not an end, and always in service to individual and collective well-being and environmental stewardship. A humanistic standpoint’s 10 commitments include empathy, altruism, critical thinking, ethical development, peace, social justice, service, and responsibility.

While humanistic values are not new, humanistic management in the context of business emerged in the late 19th century as a counterpoint to scientific management. Mary Parker Follett was among the first to formulate managerial principles that, contrary to the model advanced by Taylor, put people first. She espoused that groups succeed when they facilitate collaboration, enable people to define their own roles, and give people substantial autonomy over their work.

Follett also recognized the constitutive and reciprocal nature of organizing. Her approach conceives of power as “with” instead of “over,” emphasizing compromise as a more effective means to conflict resolution than domination. She also advocated for community-based “win-win” solutions, recognizing the creative potential of diversity and inclusive processes in achieving peace, prosperity, and progress (Follett, 1918). Such principles align with cooperative, prosocial governance models, community-based organizing, and nonprofit business models rooted in reciprocity rather than extraction.

Another early exemplar of humanistic management was Madam C.J. Walker, whose mutualistic entrepreneurship helped 20,000 Black women develop the skills—including budgeting, business development, and networking—to raise individual and collective capacity and create better lives for themselves. She also advocated for just and equitable systems, recognizing business’ role in catalyzing social change. Her activism and humanistic approach to management challenged the belief that the financial prosperity of some must come at the expense of other people’s well-being.

Wage equity: While the gap between executive compensation and front-line worker wages is a common and accepted practice in many organizations, a few firms recognize that their commitment to equity and social justice must begin internally if they are to have moral authority in their external social justice advocacy. Two examples are Dr. Bronner’s in San Diego and Gravity Payments in Seattle. Dr. Bronner’s caps the pay of its highest-paid executives at five times that of the lowest paid, fully vested employee. Compare this to the average 351:1 gap between CEOs and typical workers in 2020. Similarly, Gravity Payments starts all full-time employees at a minimum annual salary of $70,000, which has reduced voluntary turnover by 50 percent (Price, 2020). Such greater wage equity has cascade effects in communities as better paid employees become homeowners and achieve the financial security needed to support their families.

Another approach to wage equity is to move away from reliance on part-time staff to avoid benefits expenses. For example, prior to 2020, the visitors services department of the Museum of Us in San Diego relied on 20-30 seasonal part-time staff and a few year-round full-time employees. Now, it has shifted to a small team of full-time employees who reflect the region’s diversity. These employees earn $20 an hour plus benefits, including retirement plan matching.

Autonomy and Self-Managed Teams: Having control over one’s work is fundamental to motivation, job performance, and satisfaction. Yet too often, authoritarian management prescribes not only what a worker should do, but how. In part, this is due to dominant mental models of management rooted in 20th century scientific management principles. Today, however, many organizations are having success with practices like self-managed work teams.

For example, Morning Star Farms’ work teams manage themselves, a practice facilitated by two workplace principles. First, physical or psychological coercion, such as command-and-control leadership, are not allowed, reducing power differentials that limit compensation and career opportunities. Second, Morning Start Farms prioritizes honoring the commitments employees make to each other, themselves, and external stakeholders. These accountability agreements reduce the need for supervision and monitoring. They also lower operational costs by reducing bureaucracy (e.g., less need for supervisors and middle managers).

Self-management aligns with the Jemez principles for democratic organizing. These principles resemble Walker’s management practices and Follett’s tenets of inclusion, bottom-up organizing, solidarity, mutuality, and a respectful, relational orientation. The Sierra Club adopted these principles in 2014 in order to become a more just and equitable organization.

Reclaiming Care: An Action Agenda for the Nonprofit Sector

In addition to adopting practices like those above, three additional steps are needed—and these reforms extend beyond the workplace to society. The first, as Riane Eisler argues, is to move from norms of domination to partnership. This requires fostering democratic and economically equitable family social structures outside the workplace and equally valuing female and male workers in the workplace; cultivating high regard for values such as nonviolence; promoting mutualism, reciprocity, and trust; and developing narratives grounded in empathy and care.

A second step, as Eisler also emphasizes, is to understand and make visible the elements and resource flows of the caring economy. Beyond measures such as gross domestic product, it’s essential to recognize and account for intangible assets like relationships and knowledge, as well as life-sustaining sectors such as the natural economy, household economy, and civil society/community economy.

A third step is to promote the United Nations’ Universal Declaration of Human Rights (UDHR). Drafted by representatives from around the world and proclaimed by the United Nations General Assembly in Paris in 1948, the declaration includes amongst its list of human rights freedom from discrimination, slavery, and torture; access to justice and equality before the law; and the right to work, civic engagement, privacy, and freedom of expression. In many areas, the US falls short of protecting the human rights outlined in the UDHR. Opportunities for improvement, notes the American Civil Liberties Union, include ensuring socioeconomic rights (e.g., freedom from want, access to basic healthcare, and greater income equality), eliminating corporal punishment in schools, reducing incarceration rates (especially for youth), protecting women’s rights, and protecting the voting rights of minority communities.

By engaging in these systemic, macro interventions in tandem with humanistic management practices in our organizations, the nonprofit sector can reclaim a leadership role in promoting human dignity and well-being. Just as nonprofits prioritize care for the people they serve, they must reorient their management practices to integrate caring into their own organizations.

Price, D. (2020). Worth it: How a Million-Dollar Pay Cut and a $70,000 Minimum Wage Revealed a Better Way of Doing Business. Seattle: Gravity Payments Inc.

« Why My Nonprofit Has No Executive Director
Anti-Protest Bills: A Formula for Authoritarianism That We Must All Fight »