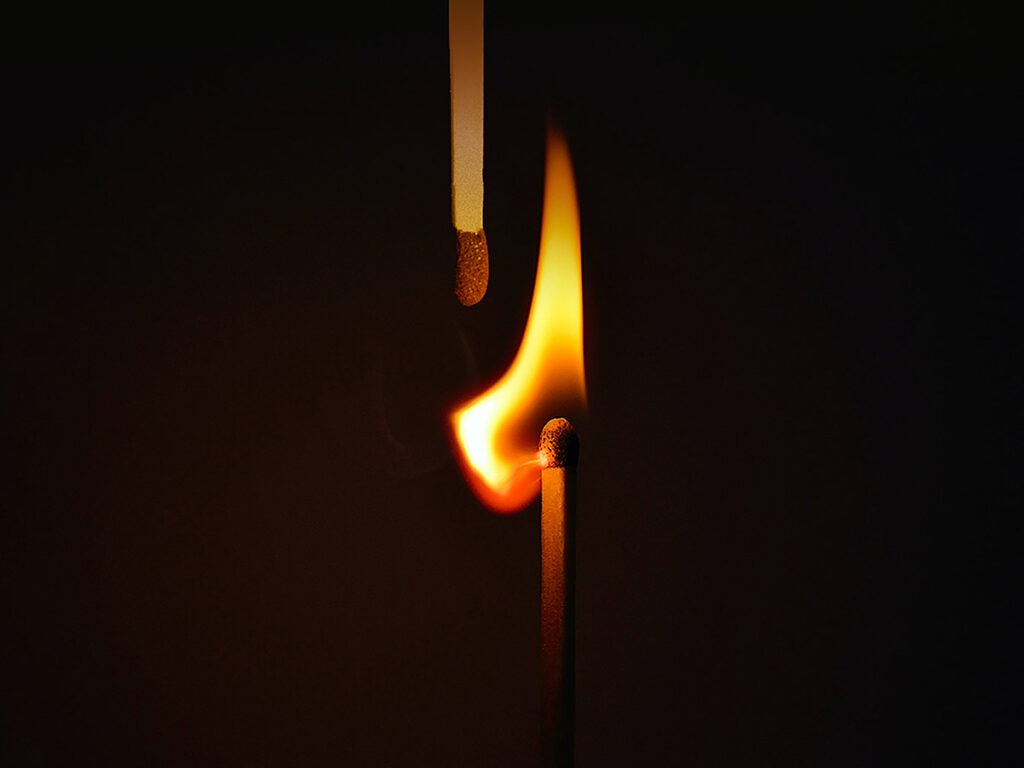 Community-based organizations (CBOs) are critical components for fostering sustainable growth in communities. In the field of health, CBOs are more than just not-for-profit tools for expediting community outreach programs. They are vital strategic partners.

Despite their often mammoth tasks and responsibilities, CBOs have mastered the art of creating, executing, and maintaining development programs with often limited personnel and fiscal resources. Indeed, limited formal arrangements with local government means CBOs must often employ creative methods to fulfill their goals. And the pandemic has pushed many CBOs to expand their offerings even further. More now than ever, community capacity building is needed.

What Is Community Capacity Building?

According to the Organization for Economic Co-operation and Development, community capacity building (CCB) focuses on enabling all community members, including the poorest and most disadvantaged, to acquire competencies to take greater control of their lives. CCB is not a short-term plan. It is a comprehensive, structured take on development that focuses on efficiently inciting change for the community.

The work CBOs do at the local level to promote health within their respective communities offers a prime example of community capacity building. CBOs facilitate healthcare access and help bring health-related resources—including housing and other resources that address the many so-called “social determinants of health”—to their communities, filling some of the void between communities and healthcare.

A central goal of the CCB approach is to foster a thriving communal ecosystem that consistently supports residents. According to the Prevention Research Collaborative-University Of Michigan, when such an approach guides direct intervention with residents, programs, partnerships, and infrastructure, CBOs can affect impactful change, especially in health.

CBOs build community capacity through strategic partnerships and creatively crafted initiatives designed to increase entrepreneurship and the number of quality jobs, propel positive social capital plans, and bolster business performance. Such capacity building helps communities equip themselves with an arsenal of tools that better prepare them to meet current and potential challenges and to weather—and agilely pivot in the face of—economic crises.

One common shortfall often occurs when large, nonlocal CBOs set up shop in communities. Particularly as hospital systems grow, it is tempting to partner with a single large CBO. However, such CBOs can be perceived as foreign entities, which often does more to repel than attract community engagement. Indeed, many CBOs have become massive, multiple franchise organizations. Despite their community nomenclature, not all remain community based, and they often fail to connect with residents.

A CBO worthy of its name builds rapport with its community members, forming transparent relationships that foster an honest, authentic exchange and lead, in turn, to cultural, economic, health, and other improvements. When an “outside” CBO enters a community already in dire straits, the organization’s impact will often be limited because the core asset that a local CBO brings to the table—i.e., community relationships—is not present.

A localized CBO is comprised of people with shared experiences. The tight bond that incites trust in the CBO is not merely the result of mutual empathy and a common cause. This bond directly affects the CBO’s ability to realize its goal, for a local CBO has a vested interest in the community’s success and an understanding of the factors inhibiting such success. Anyone can feel empathy, but not everyone can fully grasp the extent of a situation unless they have a direct connection with it.

What is more, when considering healthcare, respite care, housing, and even meal provision, it’s clear that people want someone they trust to see them at their most vulnerable state. Especially with healthcare, each community’s unique needs must be considered when taking steps to build capacity.

Finally, many CBOs that themselves need capacity building are plagued by a lack of formal agreements and governing policies that would bolster their efforts. Despite their undeniable contribution to socio-economic improvement, CBOs are not usually first in line for guaranteed support from local governments. Rather, they fight tooth and nail to drum up support and partnerships to underwrite the expenses and needs of their communities.

CBOs may act independently, but they do not seek to undermine local government initiatives. However, local communities and the heads of regional CBOs are often not aligned. Just being a voice at the table is not enough to achieve effective community engagement. The pressures of growing community needs often exhaust CBOs’ resources. If such organizations are to continue fulfilling their mandate and create sustainability for capacity building, it is pivotal that local governments take a co-governance approach with CBOs.

IGI Global.com defines co-governance as shared formal decision-making power between a governmental institution and one or more other entities, typically community-based organizations.

Not new but growing in popularity, the co-governance model seeks to create a process that encourages public participation and empowers residents to act as decision-makers directly or by proxy via CBOs. Such collaborative exchanges result in more inclusive capacity-building processes, yielding better outcomes and ensuring real power sharing in critical decision-making.

Partnerships between CBOs and local governments are opportunities to pool resources and build trust. As documented by a study conducted by the National Library Of Medicine-National Center For Biotechnology Information, residents of vulnerable communities of color distrust public institutions due to the longstanding social, political, economic, and environmental injustices that the communities have faced. This tense relationship was most recently evidenced during the COVID-19 epidemic, which disproportionately affected African Americans with regards to both contagion and mortality. The study posits, “In the absence of trust, public health authorities have not adequately fulfilled their professional and ethical obligations to protect African American communities from the negative effects of COVID-19.”

Such discord between communities and local government is just one symptom of long-entrenched structural inequities that require structural solutions. There is no cookie-cutter or blueprint for solving the issues mentioned above. They are deep-rooted and far-reaching. But co-governance provides at least a tool with which to begin to address these systemic problems.

COVID-19 drove this point home to me. Back in 2020, during the first year of the pandemic, I served on Academy Health’s Research Community on Low-Value Care. Academy Health is a research body that brings stakeholders together to inform health policy and practice and to translate evidence into action. One of the group’s learnings is that the pandemic illuminated not only preexisting health inequalities, but also the value of using co-governance frameworks to address such inequities.

Take the issue of research. It is clear that research agendas and protocols are never neutral: who decides what gets researched, how, and by whom affects the results that research delivers. This means that if you want healthcare research to adequately reflect community needs, you need diverse cohorts of clinicians, researchers, policymakers, and funders to work together and use a co-governance model for agenda-setting and decision-making.

In the Academy Health working group on low-value care on which I served, as I detailed at the time, we “identified gaps in research, gaps in the communities’ opportunity, issues with power dynamics, the mounting level of mistrust in the healthcare delivery system and the overall de-valuing of the general welfare of Black and Brown people. We agreed that our workgroup output would not continue to support the perpetuation of negative narratives for these communities. We needed to change the message.” We realized that only by addressing such narratives as a community with all stakeholders represented would we be able to get the message that “low value care is unacceptable” to stick in the healthcare community, not simply as a refrain, but as a practice.

Some of the most promising examples of co-governance come from outside the United States. One popular model comes from Australia, which drafted and enacted a Code of Governance for the Australian Community Sector in 2008. This robust code of conduct transparently outlines guides for government interactions with CBOs—setting forth the roles, responsibilities, line of demarcations, and expectations of each party involved.

Another example of this model can be seen in Porto Alegre, Brazil. In the 1980s, this city of over a million people enacted large-scale co-governance through participatory budgeting, an approach that was widely adopted in more than 120 cities nationally. In this approach, local Brazilian governments set aside a portion of their budgets, and residents are given the power to decide how these funds will be expended. The process is only successful when there is close consultation between government and residents, including diverse and often marginalized citizens.

Participatory budgeting has spread like wildfire. Today more than 3,000 communities worldwide, including New York City, boast robust participatory budgeting programs that allow citizens to use their collective voice to shift priorities and redirect funding to schools, streets, and public housing.

Additionally, the wave of racial justice protests that occurred after the murder of George Floyd resulted in the creation of people’s budget movements rooted in the ethos of participatory budgeting. In Seattle, one such initiative was instituted to shift money from law enforcement budgets to other community needs by engaging residents directly in the budget process, guaranteeing that tax dollars are distributed based on priority.

Co-governance is also prevalent in Japan, which has codified how local governments develop participatory partnership models to work with voluntary organizations and CBOs. Thanks to trust-based partnerships between communities and local governments, the country has made considerable progress toward building trust and respect between communities and local leadership and has seen increased equity and economic efficiency. Japan’s model illuminates how a sturdy leadership and the inclusion of civil society groups in decision making can enhance community outputs.

Changing the Conversation in US Health Care

When you have been in the healthcare field for 25 years, as I have, you see a lot.  Two years ago, on a webinar, I noted that the lack of Black and Brown doctors affected the quality of care that Black and Brown patients receive. As I said, “I cannot be what I cannot see.” This point is obvious and backed by research. In fact, the point should not have to be made.

A similar argument can be made about building community capacity. In BBC work, there are no short cuts. It may be cheaper in the short run to “import” a CBO from outside the community to engage local residents. But if the interlocutors are not from the community, your engagement is going to be less effective. Trust is more easily built when the messenger understands stakeholders’ culture and background.

This is not a new idea. Writing for NPQ in 2020, Paul Nelson of Resident Cities Catalyst noted that, in good times, relationships between CBOs and residents “engender community trust, as they foster the overall health and well-being of individual community members. During crises such as COVID-19, they become the lifelines that provide residents with access to essential information, help meet their basic needs, and serve as the trusted pathway to city-led response and recovery efforts.”

At some level, this is all common sense. But government officials often resist sharing power. The bottom line: without power sharing, there is no co-governance.

When we were children, we were taught to share and learned the importance of teamwork. Somewhere along the way, we forget what coming together can achieve. We need to remember that it is through collaboration that we can build communities that truly improve the lives of residents today and in the future.

« Tools & Strategies for Hybrid Fundraising Events
What’s The Difference Between A Principal Gift And A Mega Gift? »