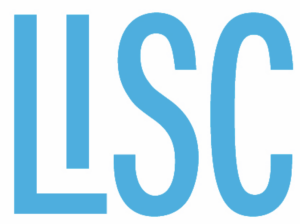 This article is part of Community Strategies for Systemic Change, an ongoing series co-produced by the Local Initiatives Support Corporation (LISC) and NPQ. In the series, urban and rural grassroots leaders from across the United States share how their communities are developing and implementing strategies—grounded in local places, cultures, and histories—to shift power and achieve systemic change.

It wasn’t until I was about halfway through serving a 10-year prison sentence for a crime I committed when I was 19 that I began taking college classes. In the prisons where I was held before, access to higher education was limited to people with shorter sentences—under five years—supposedly because such people would be better positioned to make use of that education on the outside. I often say that I could have had a doctorate by the time I was released if my access had been different.

When I was released from prison in 2009, I applied to the University of New Orleans. I checked the box asking if I had a conviction. I was denied admission even though I had excellent grades and test scores. A couple years later, I decided to do it differently: I filled out the application again, same as before, but this time I didn’t check the box. I was admitted, received scholarships, and eventually graduated cum laude from Louisiana State University Health Science Sciences Center New Orleans with a degree in clinical laboratory science. I then became a medical technologist with plans to go to medical school.

But that was me—one person among the 600,000 who are released from prison every year in America. We know that many prospective students don’t apply to colleges or universities after encountering questions about an applicant’s criminal history. They assume there’s no hope, no way forward. And this is just one of the countless obstacles that block incarcerated and formerly incarcerated people from receiving the education that they need. Barring people in prison from access to higher education because their sentences are too long, or barring them from the financial aid, technology, or internet required to engage in educational pursuits—these are all part of the criminal justice landscape.

We know that there’s an inverse relationship between recidivism and education. A Texas study found that while systemwide recidivism was 43.3 percent, for people who achieved a bachelor’s degree, that rate fell to 5.6 percent, and for those with master’s degrees, it was less than one percent. The Center for Prison Education, reporting national figures, estimates that taking college courses in prison reduces the likelihood of recidivism by 43 percent.

Around 2016, while I was studying for the MCATs, I worked on behalf of the women that I had left behind by speaking publicly about my prison experiences and what needed to change. I began meeting women doing the same kind of work and realized this was something I could do full time.

I decided that medical school would have to wait. Instead, I became the founder and executive director of Operation Restoration, a Louisiana nonprofit dedicated to supporting women and girls impacted by incarceration. Today, we have a staff of 20 people who support justice-involved women and girls. Eighty percent of our staff is formerly incarcerated or otherwise impacted. All our programs have been designed by formerly incarcerated women.

Everything we do at Operation Restoration is done through the lens of prison abolition, the goal that inspires our work. The US prison system was created by and for affluent white men. Even before it became a primary apparatus for disenfranchising and extracting labor from incarcerated people, especially Black people, it was never designed to serve people of color, poor people, or women and girls. But alongside the overarching goal of abolition, fundamental changes—like access to higher education—can happen within the system and, indeed, are intrinsic to dismantling it.

A big part of our work is breaking down policy barriers. Our organization—with the support of other formerly incarcerated women—wrote the language and advocated for Act 276, which Governor John Bel Edwards signed into law in 2017, making Louisiana the first state in the nation to “ban the box” in higher education admissions. We’ve helped remove the question from college applications in six other states, and we to remove the box from the Common Application for higher education.

Incarcerated and formerly incarcerated people also lobbied to strike question 23, about prior drug convictions, from the FAFSA (Free Application for Federal Student Aid). Drug convictions impact people of color disproportionately. Consequently, many of the people who most need financial aid are excluded from it.

Activism has led to other federal policy changes. In 1994, provisions of the so-called crime bill, supported by President Bill Clinton, included a clause that ended Pell grants—federal financial aid for students with exceptional need—for people in prison. Before this law was passed, some 772 schools brought college classes to incarcerated people nationwide. By 1997, when the bill went into effect, only eight remained. The Vera Institute reports that about 375 schools offer college-in-prison programs today, but just 35 percent of state prisons currently offer college courses. Thanks to the work of prison abolition organizers, Pell grants have been restored for those eligible to enroll in college-in-prison programs, beginning in July 2023, as part of the FAFSA Simplification Act. Now, perhaps, programs will be restored and educational opportunities in prison can revive to pre-1994 levels.

Justice-involved women and girls have an even harder time accessing education than men, both in and out of prison. Women currently make up about 15 percent of incarcerated students, more than double their percentage of the US prison population. But only seven percent of the incarcerated students who earned credentials in the 2020–21 academic year were women.

That’s why programs tailored by formerly incarcerated women are so critical—because we understand the obstacles such women face when seeking education and what their needs really are after release, from childcare to personal health and hygiene. Operation Restoration offers multiple educational approaches, ranging from a re-entry GED program (which includes transportation, childcare, and snacks), to a college-in-prison program—run in partnership with Tulane University’s School of Professional Advancement—that serves dozens of women a year, to a lab assistant program with a local community college that places technicians in health sector jobs immediately upon release.

I can say from experience that the US carceral system is not always invested in making sure people on the inside hear positive reports about their chances for success! All you hear are stories about people who recidivate and, once back inside, tell you how hard it is. Most of the women I know are terrified on their release day, wondering if they will make it.

For this reason, we prioritize getting positive stories back inside. I often visit prisons with my colleagues from Operation Restoration, who themselves have been incarcerated, to inspire the women and show them that change is possible. I used to purposely meet with incarcerated women while wearing my scrubs, and they’d say, “Oh, you work in the hospital? I was told I would never be able to work in a hospital.” My reply is that they can absolutely get a job in a hospital, and if they want to be a doctor, we’ll work on that, too.

In addition to providing benefits such as reduced recidivism, better employment opportunities, and enhanced ability to support one’s family and build wealth, education can have a powerful impact on how current and formerly incarcerated women see themselves and how their children see them. This is part of systemic change.

The prison abolition movement is fueled by the intelligence, expertise, and insight that currently and formerly incarcerated people bring to the table. In any other profession, experience is lauded, but for legal system-involved people, that experience has been a stigma.

Trauma is what led me, and the majority of the two million people incarcerated in America, to prison. But we are perfectly capable of and willing to work daily on these issues, and more and more people like me are pushing back on what society tells us about ourselves and what is possible in our lives.

Education is central to long-term prison abolition work. When I was in my college-in-prison program, a lot of the people in my housing unit became protective of my education. They asked questions and wanted to be involved and help. They were invested in me; we were a team. It was clear to me that education inside prison changes the prison’s culture and environment and, therefore, can be a powerful tool for change. For this and other reasons, it was important to me that our college-in-prison program was open to people with life sentences.

If people with long sentences are allowed to take college courses, imagine the impact on the prison environment going forward, and how they might participate in the education of others. Think about what that means—to have something to look forward to every day.

As with any far-reaching systemic inequity, it takes more than one strategy to upend mass incarceration. When I first started Operation Restoration, education was the cornerstone. I thought that all the problems of justice-involved people would be solved if such people could get an education. But formerly incarcerated women and girls said, “Hey, listen: How can I go to school if I’m hungry or I don’t have anywhere safe and secure to live?”

That’s when I began to understand that every individual has their own journey. Our role is to support them through that—with housing, job readiness, and direct services. That is why Operation Restoration has so many programs and why we must work to remove as many barriers as possible to ensure that people can be successful. If our goal is abolition—fundamental systemic change—then we will have to work on all these parts, simultaneously, to reach it.