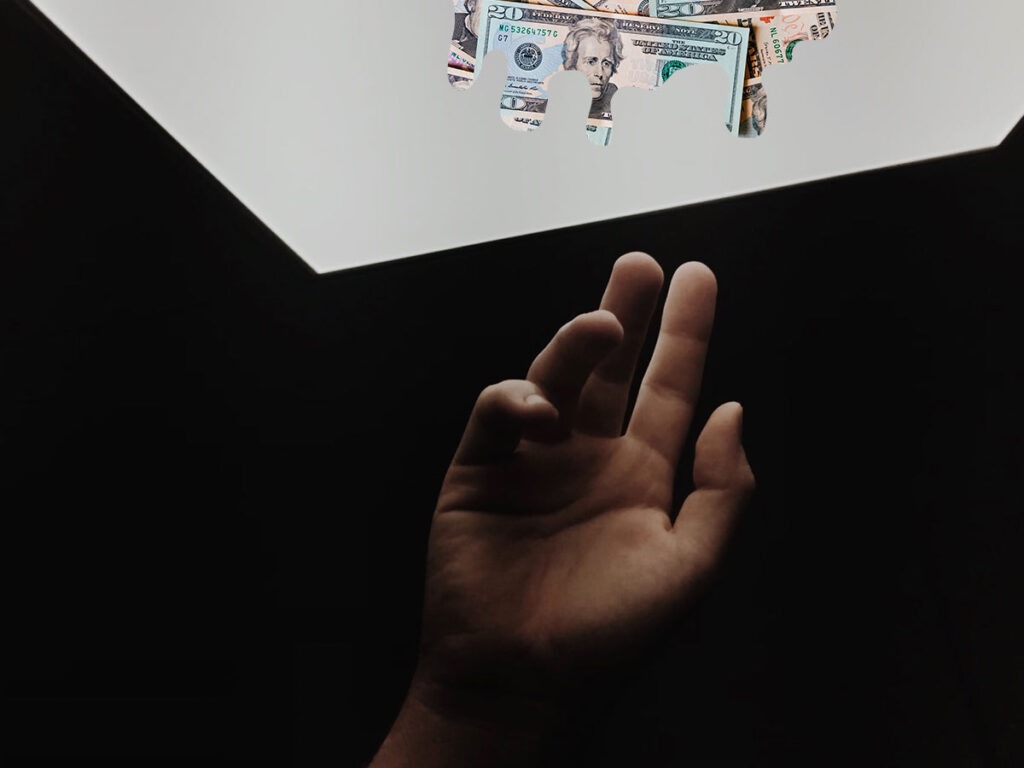 This article is part of Community Strategies for Systemic Change, an ongoing series co-produced by the Local Initiatives Support Corporation (LISC) and NPQ. In the series, urban and rural grassroots leaders from across the United States share how their communities are developing and implementing strategies—grounded in local places, cultures, and histories—to shift power and achieve systemic change.

According to the US Census Bureau, rural America accounts for 97 percent of the country’s land but only 19.3 percent of the population. Such low population density creates challenges for many rural areas, including fewer careers that pay livable wages and higher concentrations of people with disabilities. Often, the result is rural poverty. As of 2019, an estimated 15.4 percent of rural residents lived below the poverty line, compared to 11.9 percent of urban and suburban residents.

The organization where I work, Legacy Institute for Financial Education (LIFE), is based in Angelina County, Texas, the most populous county in the nearly 10,000-square-mile Deep East Texas region, located north and east of Houston and west of Louisiana. Deep East Texas is known for its rich natural resources, such as freshwater lakes for fishing and pine forests for hunting. It supports a population of over 380,000 residents, 21 percent of whom live in poverty, 15 percent of whom are Black, and 15 percent Latinx. Lufkin and Nacogdoches are the largest cities within the region and are separated by only 20 miles.

When thinking of trauma, domestic violence, war, sexual assault, or the death of a loved one usually come to mind. Only recently have we come to view financial trauma as a phenomenon that needs to be addressed.

Despite the region’s beauty and resources, it faces pervasive challenges. Over the past 10 years, several large employers have closed, leaving thousands of long-time employees with unique skill sets without jobs and adding pressure to an already challenging job market. Many of these workers are now dealing with the stresses of chronic financial setbacks, such as underemployment, income poverty, and other financial trauma.

When thinking of trauma, domestic violence, war, sexual assault, or the death of a loved one usually come to mind. Only recently have we come to view financial trauma as a phenomenon that needs to be addressed. Now that researchers and psychologists are on notice, the pendulum has swung in the opposite direction. For example, a recent Forbes article claimed that “financial trauma is a reality for one third of millennials.” Only a few years ago, such financial stressors were not measured; now, over 30 percent of an entire generation is estimated to have been affected by them.

Symptoms of financial PTSD include avoidant behaviors, disbelief in one’s financial security, substance abuse, perception of living in a hostile environment, and a constant feeling of not having enough, even when that is not the case. Combined with other forms of PTSD, such as the cultural PTSD that is a legacy of slavery (eg, distrust within the Black community, expectation of failure, constant belief that “the system” is against them), financial PTSD is a recipe for disaster. Children from the same neighborhood can attend the same school, take the same courses, and even earn the same grades, but students who have been exposed to multiple generations of financial trauma will be more susceptible to stressors such as teenage pregnancy, committing a felony, or making short-sighted and self-destructive decisions that could have a life-long impact on their financial well-being.

Symptoms of financial PTSD include avoidant behaviors, disbelief in one’s financial security, substance abuse, perception of living in a hostile environment, and a constant feeling of not having enough.

Dr. Galen Buckwalter, a research psychologist, identified a few stressors that lead to financial PTSD, including living at least three months without income adequate to meet one’s expenses. Indeed, while there are many financial stressors, the inability to make ends meet is paramount. In rural communities, given high rates of disability, scarce job opportunities, and a higher likelihood of being born into a family that suffers from poverty, we can expect many children to grow up with constant exposure to financial trauma.

Breaking the Cycle: The Vital Role of Trauma Informed Care

Based in Lufkin, the Legacy Institute for Financial Education has a mission to economically mobilize disadvantaged populations by teaching financial literacy, creating economic stability, and building generational wealth. Our Financial Opportunity Center, which delivers services using a model developed and supported by the Local Initiatives Support Corporation (LISC), is a key tool with which to address the symptoms of financial trauma.

When doing this work, it is important to take into consideration each person’s unique childhood environments, their experiences as adults, and other social determinants of health. Humans are complicated. No framework can explain every situation. Identifying the factors that contribute to an individual’s financial personality, we have found, is more akin to algebra than simple math. Nevertheless, our experiences show that the predominant and reoccurring variable that accompanies short-sighted financial behavior is the family/social environment during childhood.

In rural areas, as in cities, people often reproduce the behavioral patterns they grow up with. Children who see their parents neglect debt payments, lie to creditors, protect their Social Security disability benefits at all costs, or view the type of car they drive as a primary measure of success—are at high risk of suffering from financial trauma.

Our ability to recognize the symptoms of financial trauma and allow the people we work with to tell their stories has informed our trauma informed care approach. Imposing a narrative on an individual can be one of the most destructive methods of treating any form of trauma, including financial PTSD, so we do our best to avoid it.

Stabilizing clients is the first step. But long-term economic prosperity requires creating conditions in which community members not only survive—but thrive.

Usually, when people first come to our organization, they have an immediate emergency. They are typically scared, stressed, and seeking solutions. Our team helps them to navigate their immediate crisis and identify other crises that may be on the horizon through a wrap-around services model that includes budgeting tools, income support, and employment coaching. We believe this form of care is effective and necessary for practitioners who seek to address poverty and financial trauma.

Taking the Next Step: Developing Businesses that Build Community Wealth

Stabilizing clients is the first step. But long-term economic prosperity requires creating conditions in which community members not only survive—but thrive.

While resolving financial PTSD is a necessary first step to thriving, a vital second step is helping people gain access to assets and build ownership.

At LIFE, we provide such help through microlending and small business lending, both of which offer different ways of accessing capital, which helps many of the people we work with become business owners and develop businesses that sustain families and community. These loans are combined with culturally sensitive business support services and technical assistance, all offered through our emerging community development financial institution (CDFI) lending arm. CDFIs across the nation offer similar financial services. Designed to increase access to capital for low-income and underserved people and communities, they are an important piece of the puzzle in treating financial PTSD and mobilizing poor and working-class communities into stabilized prosperity.

As noted in a recent NPQ article, our home state of Texas has the highest average payday loan rate in the nation, at 664 percent. It is enormously difficult to break the cycle of falling victim to predatory loans, and the impact such loans have on the psychology of their victims is widely misunderstood. Many CDFIs offer a range of solutions to this problem, including small-dollar loan programs that can be used to refinance individuals out of their predatory loans and into loans with affordable interest rates. CDFI loans are often coupled with financial literacy and in some cases personalized financial coaching.

LIFE, along with other organizations throughout the United States, have partnered with Kiva and LISC to bring a unique lending solution to our community. Kiva offers a safe platform for community members to invest in local businesses through zero percent interest crowdfunded loans. One benefit of the Kiva approach is that borrowers control their own narratives by sharing their stories directly with lenders, building connections between borrowers and potential lenders that would not have otherwise existed.

Some of our borrowers have expressed how empowering it is to tell their story using their own words without fear of being excluded because of it. Take, for example, Willie, a Black business owner in Lufkin. His grandfather owned a soul food restaurant in Houston for over 50 years. Because of various traumatic events in his life, Willie was convicted of a felony and sent to prison. He earned several certifications while incarcerated, but when he was released, restaurants would not hire him as a chef because of his conviction. To overcome these barriers, Willie turned his street smarts into a BBQ and soul food restaurant, which he has now owned for nearly 10 years.

The Kiva platform allowed Willie to tell his story, and it resonated with small lenders on the platform, who quickly funded a $4,000 loan for him to buy much needed equipment. After reading borrowers’ stories, people can support businesses by lending as little as $50, which is then combined with other loans to reach the targeted loan amount.

With the business owners we support, LISC will even match the loans dollar-for-dollar up to $5,000, provided the loan is endorsed by a LISC-approved trustee. This match shortens the duration of the fundraising period and increases the likelihood that the borrower’s loan will be fully funded. Kiva loans often serve as beginner loans; borrowers who seek and repay the loans often qualify for larger loans that enable their businesses to expand operations over time.

The above example provides a small illustration of how a trauma informed approach rooted in listening to people’s stories and helping them address challenges arising from personal and family history can be effective when connected with business lending and technical assistance support. At scale, these approaches address several of the stressors experienced by individuals and entrepreneurs in our community.

For example, a community member who invests $50 in a local business through a Kiva loan is more likely to purchase products from that business. The trust and loyalty that this bond generates help to create a “Buy Local,” “Buy Black,” or “Buy Brown” mindset, sustaining a growing network of thriving BIPOC-owned businesses.

Changing the economics game in rural America is not easy. But by addressing the root causes of people’s economic pain and working with those individuals to develop businesses that they own and develop, a trauma informed approach offers a pathway to creating thriving communities in East Texas—and beyond.