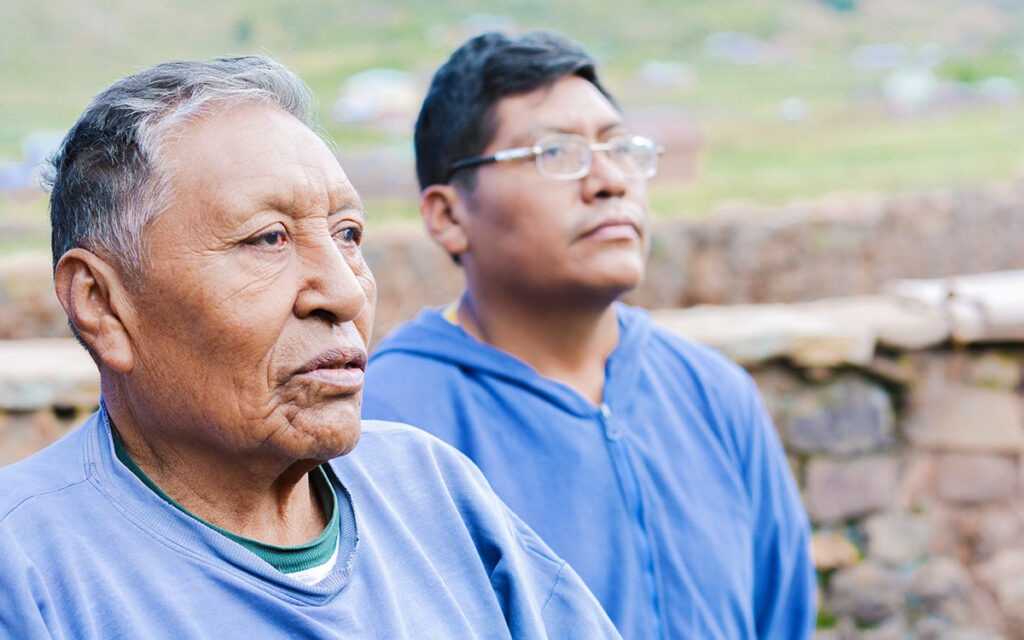 This article is the third installment of NPQ’s series on Community-Driven Philanthropy. In this series, movement leaders explore what’s possible if philanthropy adopts a reparative model—one in which it supports the leadership of BIPOC communities, not just by writing grants, but by shifting assets and control over resources to frontline communities.

Imagine a table. Now imagine a group of people who’ve come together at that table to talk. As at any table around which people gather, hierarchy will shape the ensuing conversation, whether participants acknowledge it or not: Whose table is it? Whose room?

Now, imagine that activists, organizers, and supporters of justice movements have gathered at this table to discuss what needs to change and how, what steps they can take, and where resources are needed. Those conversations, which take place regularly between organizers and movement builders and the philanthropists who fund their work, are also subject to power dynamics. Our conversations are shaped from the outset by the fact that, because they have resources that our communities need, funders set the table and often determine the seating assignments.

To dismantle oppressive systems on a structural level requires rewriting the standard philanthropic dynamic. The way people think about, organize around, and discuss change, and ultimately the legal and political contexts in which movements work to make change, are prescribed by who holds money and other resources. This “who” needs to change.

Community-driven solutions to persistent racial injustice, environmental degradation, and the lack of housing, food security, healthcare, and more can only happen when communities themselves are given the time, space, and resources needed to directly impact their people. A philanthropic model based on asset reallocation would make such a shift possible. Indeed, the impact of such reallocation could be monumental, fundamentally changing land conservation in the United States and empowering a bold new vision for ecological preservation and climate change mitigation. The Land Back and resource redistribution movements understand that these issues, and our communities, are interconnected.

What Is “Land Back”?

When the NDN Collective talks about Land Back, we’re not just talking about the literal repatriation of stolen lands. We’re talking about dismantling the systems that made land theft possible in the first place. Public lands across the United States are being mismanaged, whether by the federal government or private interests, in ways that mirror the relationship these powers have had with Native people for centuries.

Placing philanthropic resources under Native communities’ control would help Native peoples challenge both public and private centers of power, which have perpetuated subjugation through displacement, and settler-colonialism’s legal and economic systems, which made this theft possible and sustained it. It would support Native peoples to reclaim Indigenous lands and reassert tribal sovereignty, benefitting Native peoples while also empowering their efforts to mitigate climate change, which benefits everyone. Extractive industries and corporate powers work to silo the issues we all face, from economic inequities to climate disaster.

Traditional, white-led conservation efforts too often treat the protection of lands like a real-estate venture. Conservation in this context often operates as colonization, with white settler conservationists and their organizations asserting de facto ownership over lands stolen from Indigenous peoples. The management of millions of acres of land by Indigenous people, supported by new capital resources, would allow Indigenous cultures and languages to flourish again.

Understanding the Power Dynamics of Resourcing

Indigenous people often look to the halcyon days of the past—and with good reason. But what if our best days are not behind us, but ahead?

We must allow ourselves to imagine the possibilities a transformative future. The Land Back movement is a pathway to liberation and justice for all. It encourages us to rethink some of philanthropy’s fundamental problems—its enforced scarcity, groupthink, and refusal to cede power. If its call is heeded, it can enable us to address systemic problems in a truly systematic way.

By changing the power dynamics of resourcing, those closest to the pain and problems created by theft and extraction can finally have the resources needed to lead in developing solutions. Such leadership is lost in our existing, trickle-down philanthropic model, reflecting a failure in the entire philanthropic engine. Dismantling white supremacy requires moving money—and the power to make decisions—out of institutions rooted in extraction and into the hands of groups led by Black, Brown, and Indigenous people.

Some good steps are being taken. Mackenzie Scott’s practice of giving nonprofits large unrestricted grants is a major advance for the field, while the Bush Foundation entrusted NDN with stewarding $50 million to support community building in Indian Country. But while such steps are important, as we remarked upon receiving Bush Foundation funds, “In the larger scheme of things, is this reparations? No. But this is a step in the right direction that all of institutional philanthropy needs to take notice of and needs to start moving in this direction.”

In short, as with any journey, more steps must be taken. They include sunsetting foundations and calling on the very wealthy to not only give here and there, but to redistribute their wealth and assets.

For example, in Mendocino County, California, 523 acres of the Tc’ih-Léh-Dûñ redwood forest was returned to the Sinkyone Council, a consortium of 10 federally recognized Northern California tribal nations. The land includes 200 acres of old-growth forest and is home to many threatened animals, such as the northern spotted owl and the marbled murrelet. Only five percent of the old growth forest that existed before colonization remains. Now that the land is in Indigenous hands, the consortium intends to “apply a blend of Indigenous place-based land guardianship principles, conservation science, climate adaptation and fire resiliency concepts and approaches to help ensure lasting protection and long-term healing for Tc’ih-Léh-Dûñ and its diverse flora and fauna.”

In Utah, the Bears Ears Inter-Tribal Coalition is managing lands. This much larger effort comprises 1.9 million acres (nearly 3,000 square miles). The coalition, formed by leaders from five Native nations—Hopi, Navajo, Ute Mountain Ute, Pueblo of Zuni, and the Ute Indian Tribe—came together in 2015. Its goals include: 1) archaeological and cultural resource protection; 2) preservation of historic sites, items of spiritual significance, and ongoing cultural activities; 3) protection for native fish, wildlife, and plants; 4) access for hunting, ceremonies, fuel wood, and herb collection; and 5) preservation of wilderness and scenic values.

To this list one could also add the return of 1,200 acres in the Black Hills to the Oceti Sakowin (approved by the city council of Rapid City, South Dakota), the 2019 return of 270 acres of Tulawat Island in Humboldt, California, to the Wiyot nation, and the cultivation of the largest tribally managed buffalo herd in Rosebud, South Dakota.

In short, land reclamation work is already underway, with tremendous benefits both to the environment and local communities. These efforts not only build the capacity of Native people to care for these lands; they also support the creation of regenerative systems and economic resiliency.

The resources to scale this work exist. The question is: are people in power willing to cede them?

It’s time for those already at the table to pass their seat to someone else. Indigenous people are ready for this power shift. We have interacted with virtually every type of funding organization that exists. We are experts at navigating multiple jurisdictions and the complexity of a settler-colonial system imposed on us. Indigenous people continue to be the most underinvested community in North America. It’s long past time to move resources—and decision-making power over these resources—to Indigenous people.

Returning Indigenous lands to Indigenous people is an act of social justice and liberation. Philanthropy can support such acts, but only if assets are truly transferred, which means shifting power. And it takes both power and resources to make transformative change. Grants, though welcome, are not enough.

Naturally, moving this work forward requires courage and radical solidarity. We believe that our people’s best days are ahead of us, not behind us. The Land Back movement is one way that Native people can build the just future that so many seek.